A Drone Racer’s Chance of a Lifetime

“I am a Professional Drone Racer”

That is a statement that almost every MultiGP Pilot wants to be able to say. All of the practice, all the laps, all the competition, this is what they are working for. They are looking for a chance to live that dream, like Jacob “JAWZ” Schneider, the 2017 Bud Light DRL Tryouts winner. Working his way up through the leaderboards during the 2017 Tryouts, JAWZ earned a $75,000 contract as a professional drone racing contract with the Drone Racing League (DRL). Joining the ranks of the other elite DRL pilots, JAWZ now flies for a living.

Now you have that same chance. 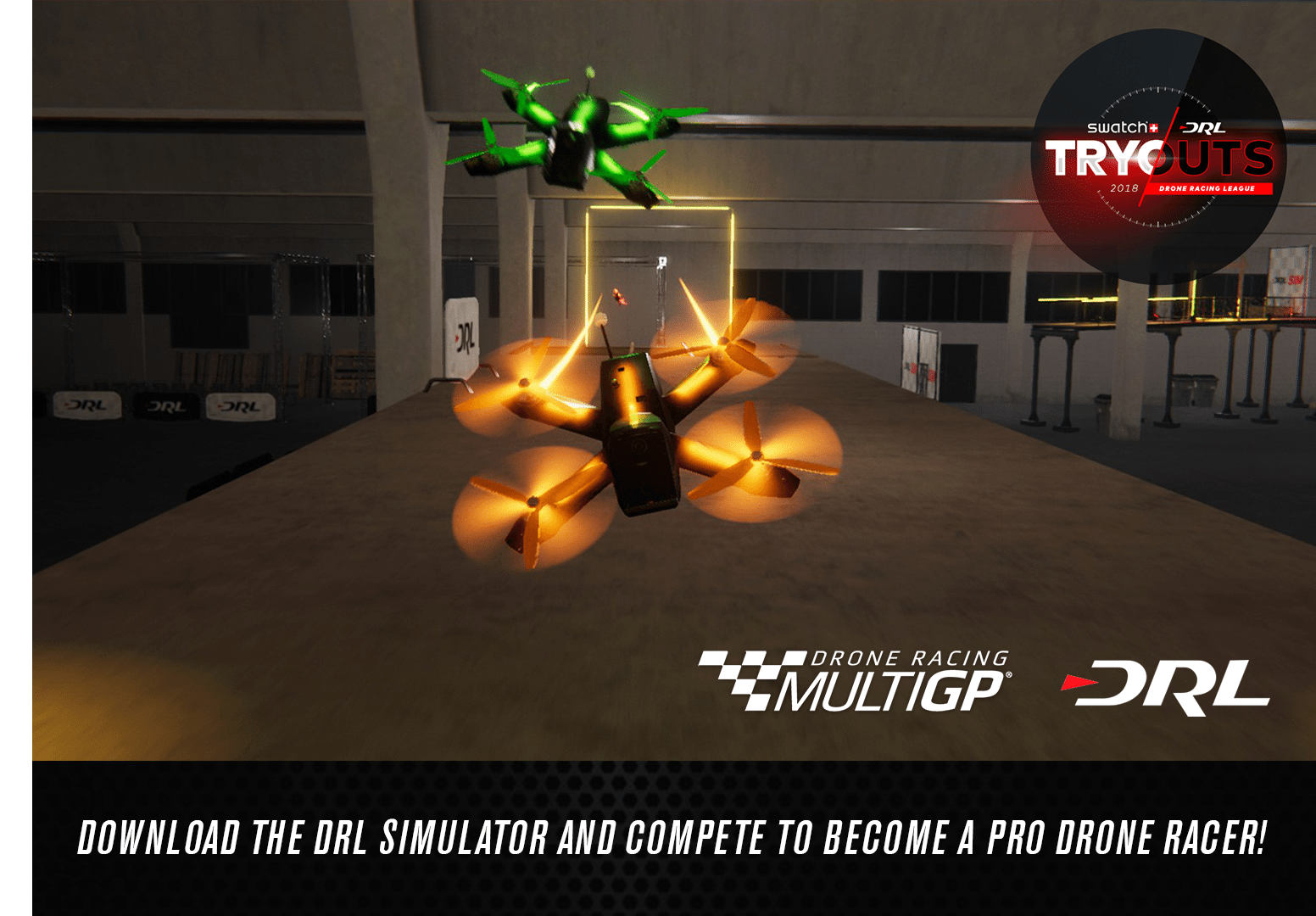 MultiGP Sends a Pilot to NYC

The top MultiGP pilot on the 2018 Swatch DRL Tryouts leaderboard gets invited to compete in the live eSports tournament that will be held in February 2018 in New York City. MultiGP is also going to providing an all-expense paid trip for that MultiGP pilot. If you think you have the skills, MultiGP wants every pilot over the age of 18 to see if they have what it takes to be a professional drone racer. This is your chance, and MultiGP will pay your way! The only way you will know is if you compete.

MultiGP is the largest professional drone racing league in the world. Because of this, MultiGP hosts frequent competitive gatherings and casual events within its extensive network. The Organization currently has over 20,000 registered pilots in addition to 500 active chapters worldwide. MultiGP nurtures its Chapters by providing tools, guidance and community support. Due to this structure drone racing is fun, organized and rewarding for pilots, Chapter Organizers, and spectators. The National Championship, Regional Series, International Open, Universal Time Trial Tracks and Chapter Tiers are programs designed to allow the drone racing community to compete in an easily accessible yet structured format while still progressing the sport. Because of MultiGP’s efforts, it is the Academy of Model Aeronautics Special Interest Group for First Person View (FPV) Racing. For more information, go to www.MultiGP.com.