2018 MultiGP Drone Racing Championship presented by: The Drone Racing League and The Academy of Model Aeronautics 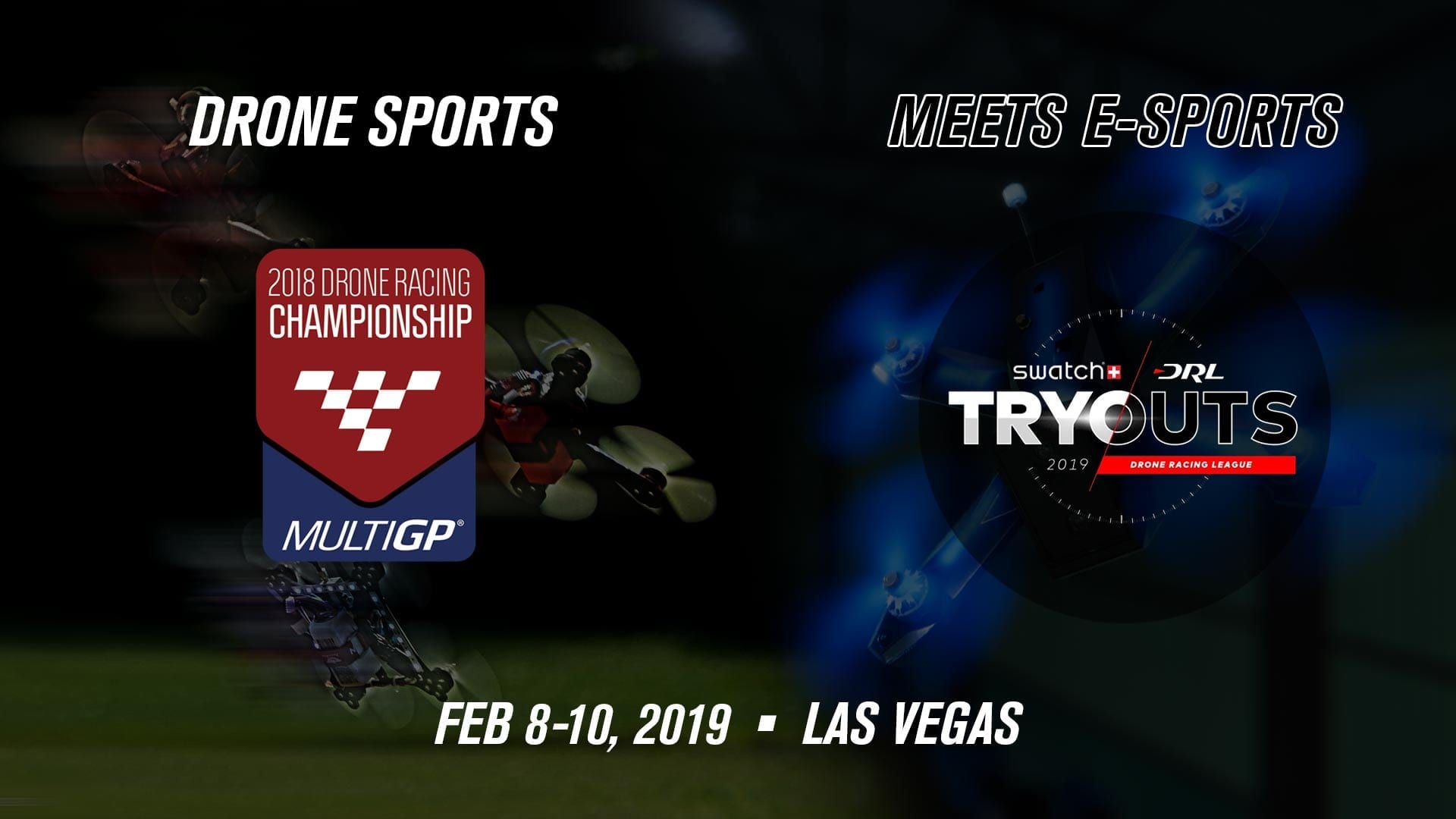 The 2018 MultiGP Drone Racing Championship and 2019 DRL Swatch Tryouts eSports Tournament will be held together in Las Vegas, Nevada over the weekend of February  8-10, 2019.

The competition merges real-life drone racing with an eSport drone racing tournament. For the first time ever, the winner of the MultiGP Drone Racing Championship will be offered a contract for the upcoming 2019 DRL season, airing on ESPN. We are excited to hold this event in conjunction with DRL to bring the pilots a watershed event at that will be enjoyed by all.

MultiGP Champion will be offered a DRL Pilot Contract

For the first time ever the MultiGP Champion will be offered a pilot position in the 2019 DRL season. Now any MultiGP pilot has the true opportunity to work their way up the drone racing ranks and get invited to The Drone Racing League and their show airing on ESPN.

From Local Zero to National Hero

Never before has there been this clear of a path for pilot progression. Finally there is a way for new, talented pilots to prove themselves and earn a pilot contract for the next DRL season.

The MultiGP Champion wins a DRL Pilot Contract for 2019

Check out the 2018 Championship Event page where you can buy tickets, learn more about the venue, hotel accommodations, event schedule and more!