One Global Qualifier During Week #14 To Take “the List” to 400 Globally Ranked Pilots! 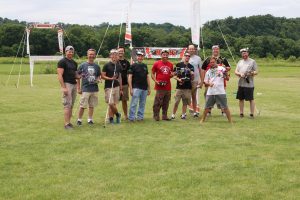 While it wasn’t all about the “GQ Newb’s”, 2 of the returning pilots bettered their rankings, Dustin “Dustyfpv” Webb improved his time to remain in the Sport Class Division at 276th, while Jared “compudaze” Bell goes from 100th on the list to 62nd with a gain of 38 positions with his new time.

Next weekend 300+ Pilots will have their chance to get 10 official packs in at the 2019 MultiGP International Open presented by Team Blacksheep (more info: www.MultiGP.io), plus qualifiers in Moorhed, MN with Quad Squad, Montreal, Canada with Montreal Drone Racing and Fort Worth, Texas with Cowtown Drone Racing.

And The Global Qualifying Rankings or “The List” here