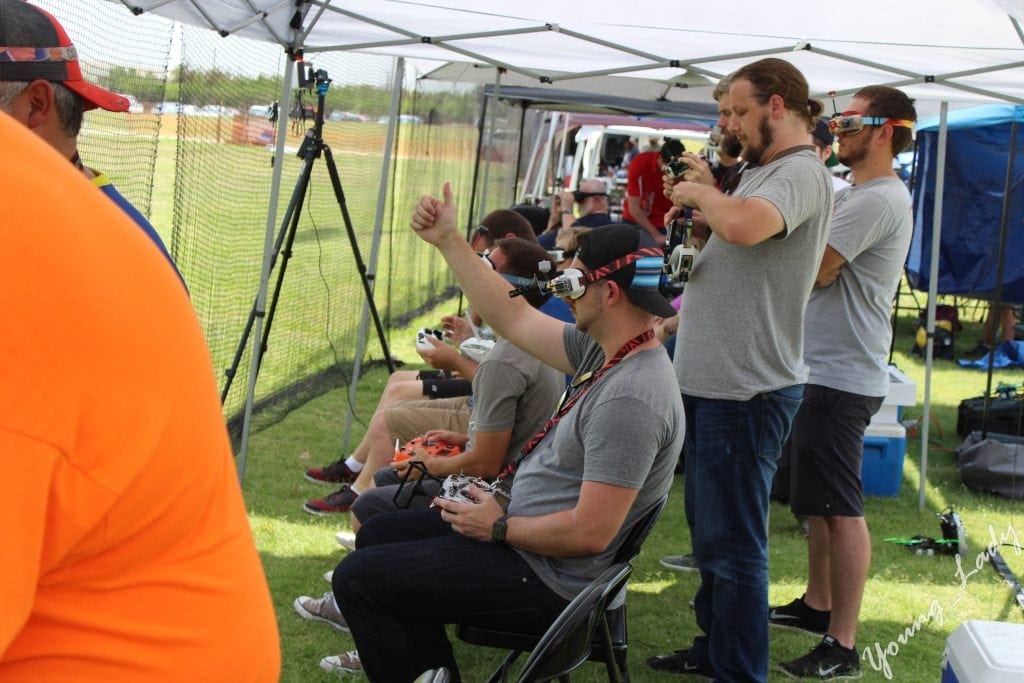 After 8 weeks of qualifying, the stage has been set for the first Regional final of the 2018 MultiGP Regional Series presented by the Academy of Model Aeronautics! The Top-100 Pilots have been announced to compete at the South-West Regional Final June 9th and 10th at the Open Grove Raceway in Ventura County, California. Over 160 pilots in the region posted a lap or more in efforts to qualify to the South-West Regional Final.  11 Total Laps in their best 3 rounds, in a total of just under 7 minutes was the cut-off to be part of the 100 pilots advancing. The top-qualifier for the South-West remains to be Cory “MewoFPV” Ibanez from week #2 through week #8 and into the Regional Final in a week and a half.

Over 400 Pilots have now attempted a lap on the Regional Qualifying Track, with 385 ranked nationally.  That includes the South-Central’s FIRST regional qualifiers that transpired last weekend. The Qualifying Season in the region kicked off with a double-header, with North-East Dallas Speed Addicts and Toxic Props each hosting a qualifier. Two big stories to note from the opening weekend in Texas.  First, Mark “McGap” Braymer walks away with the early lead in the Regional Rankings with 21 laps from his best three rounds on Sunday, in a total of 7 minutes even.  After his first weekend on the Regional Qualifying Track that time ranks him 10th Nationally.

And we have our next pilot to post an “8-Lap” run on on the Regional Finals Course!  Reigning MultiGP National Champion Alex “CaptainVanover” Vanover posted an 8-lap run on Saturday, combined with a 6-lap and a 7-lap run for a solid 21-lap total, then repeated Sunday, with another 8-lap run!  Sunday’s effort combined with a pair of 7-lap rounds made for a new fastest total in the Nation of 22 laps in 6 minutes, 26 seconds, however, the time isn’t ranked Nationally. It’s un-officially the best, but not first, as CaptainVanover has identified the North-Central Region as his region for 2018, and, as the defending MultiGP Champion, is not required to attend a Regional Final.  Also to note: he was 4-10ths of a second from being the first pilot to land two 8-lap runs in a single qualifier… the Reigning Champ is doing alright!

North-Central and North-West Regions have yet to host their first qualifiers of the Series, with each Region having its own season due to weather and venue availability.  It will be a long race to be in the top-150 Pilots at the MultiGP Championships in Florida this December.