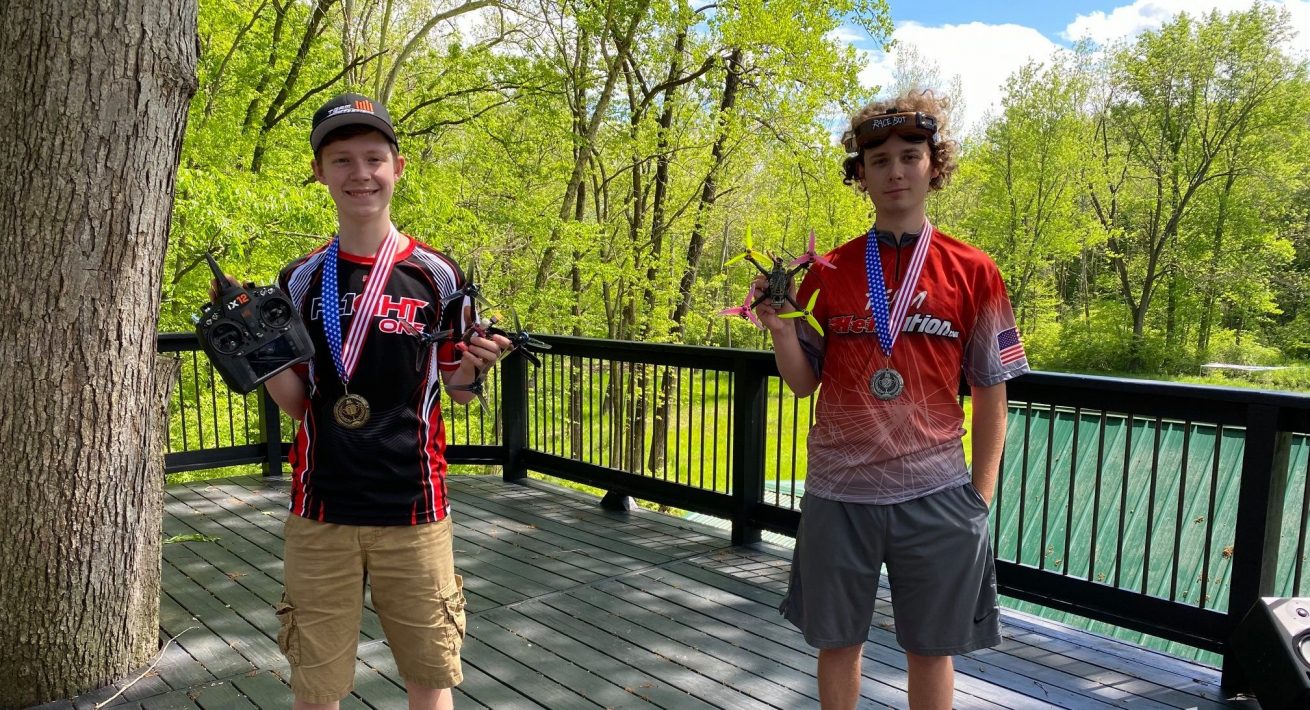 Previously scheduled to start on March 20th, the 2020 MultiGP Series officially kicked off last weekend as Heart of America hosted their first Global Qualifier at the Heart of America Field in Moberly, Missouri, USA on May 17th.  With the world continuing to face a global pandemic over these past few months of uncertainty, it was welcoming to see some momentum in regards to the MultiGP Series and a season of drone racing.

In 2019 the MultiGP Series was a great success.  Over 1,100 pilots worldwide competed at one or more of the 172 Global Qualifiers hosted in eight different countries by 114 different MultiGP Chapters.  The goal, aside from being ranked internationally on a standardized track, is ultimately to either be ranked within the top-200 of Pro Class by the end of the season to be invited to the MultiGP Championship, or be ranked in the next 100 Positions to be invited to the MultiGP Sport Class Championship.

Carrying that torch forward, 2020 continues to look bright to crown Champions and Top-Qualifiers, on the 2020 MultiGP Global Leaderboard. 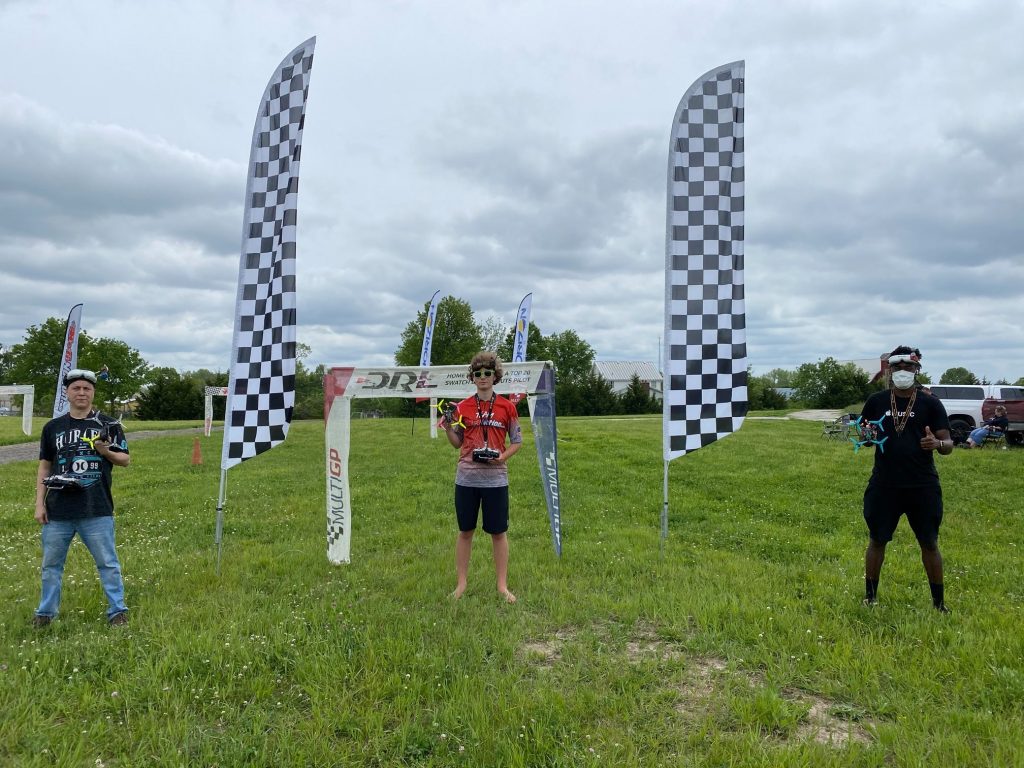 As with any small gathering in 2020, there were social distancing protocols in place.  Heats were limited to between 3 and 4 pilots each, and participants were to remain 6′ from each other, not share equipment and exercise proper Hygiene.  If registrations exceeded 30 participants, there would be two shifts.  To avoid “lines” and “queues”, a whiteboard system was used for heats (with everyone receiving their own marker), limiting pilots to 10-packs and allowing pilots to stay isolated until their turn to fly.

51 Heats, some of which were practice though mostly were official qualifying runs spanned from 10am in the morning through just past 3pm in the afternoon.  The entire day was livestreamed on the Heart of America YouTube Channel https://www.youtube.com/watch?v=QE8r9xPlDNU while many tuned in to see the first Global Qualifier of 2020 take place.

For the first-time ever, MultiGP’s Joe Scully did a “GQ Check-in” on the Global Qualifier live on the MultiGP YouTube Channel https://www.youtube.com/watch?v=FqD–xBEYwE .  For 90 minutes, Scully called races in Real-time through the Heart of America PA System on-site while simultaneously broadcasting on YouTube.  In an ongoing effort during the off-season, and then “during the ‘rona”, the MultiGP Team has been working with Doug Kling on different technologies and protocols to enhance the livestream offerings of MultiGP in the realm of drone races, SIM tournaments and other events.  This inaugural “GQ Check-in” featured Scully in Canada calling the races  in real-time in Missouri, while the broadcast was produced in real-time by Doug in New Hampshire.  There may be more opportunities in the near future in bringing the action-live to the community from afar, subscribe to the MultiGP YouTube Channel for alerts for the next broadcast! 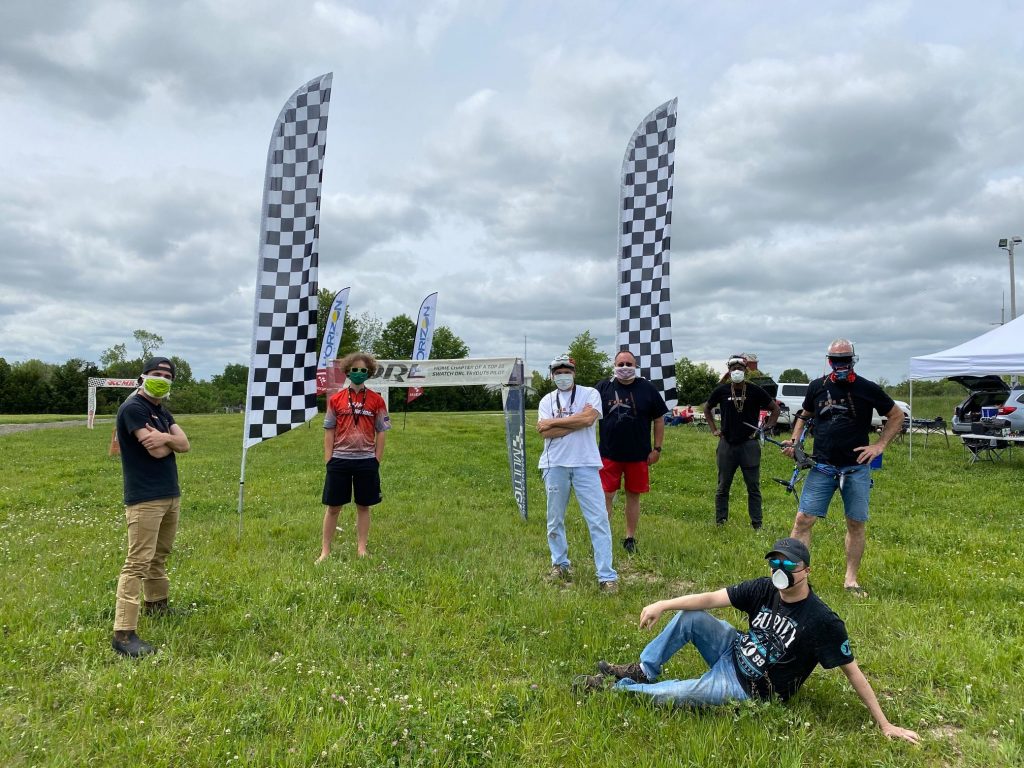 From the entire field of pilots at the Heart of America Global Qualifier, the fastest on the MultiGP Global Leaderboard in 2019 would repeat again in 2020.  Silas “Propsicle” Aaron whom was 5th on the Global Leaderboard in 2019 posted the first time to beat for the season.  During his 5th Qualifying Run, he posted a 32.202-second Fastest Three Consecutive Lap score; with his fastest three laps being a 10.841, 10.750 and a 10.611 on laps three through five on a five lap run, landing after 57-seconds.  His personal-best individual lap came a few qualifying rounds later at 10.469, but paired with an 11-second lap and a 10.9 second lap, the combined laps were 3-tenths of a second longer than the #1 Time currently on the 2020 MultiGP Leaderboard.  By contrast, Propsicle’s best Fastest-3 Laps on VelociDrone is 29.484 ranking him 3rd on the SIM Leaderboard, while his “real life” time is less than a second-a-lap longer.   See the SIM leaderboard here: https://velocidrone.com/leaderboard/16/444/All

Rounding out the top-5, there were three pilots finishing less than seven-tenths of a second a part with Tristin “RaceBot” Gilbert posting a 36.286, Armando “Mondo” Gallegos posting a 36.827 and the host organizer and competing pilot Shawn “Shames” Ames posting a 36.937; and Amari was marginally behind them in 5th with a 38.258.

The next scheduled Global Qualifier is in just under a week in Milwaukee, Wisconsin with Millwaukee Rotorcross.  See the entire Schedule andcheck it often as GQ’s are added: https://www.multigp.com/championships/2020-multigp-series-global-qualifier-schedule/