Week Three of Qualifying for the VelociDrone Spring Wildcard Series presented by MultiGP had some exciting announcements, a new VelociDrone first, tough racing and another 6 Championship Positions filled.

Now with over 120 pilots that have attempted to qualify, the hour of leaderboard bashing saw another large field of pilots vying to make it to the next stage of the night: the top-24 Double-Elimination Chase-the-Ace Brackets. Another “throwback track” of MultiGP nostalgia, the track was the Spec Track from the 2018 MultiGP International Open. Jerrod “jrod” Quillen was the fastest in qualifying in real-life with 3 laps in 81.1-seconds in 2018 and watched the twitch livestream on Tuesday as Soren “phatkid” Monroe-Anderson bettered that time with a 56.799 Fastest-3. While the IRL TQ of 81.1-seconds, would have been good enough for 19th in the SIM Tournament, those flying the Spec Track IRL were flying the MultiGP Spec Racer; not as fast as some of the available air frames in VelociDrone.

Phatkid was the Top-Qualifier by 4.2-seconds on his 3-lap time over the rest of the field, and the big question was, “Would he be able to ‘Ironman’ it?” With the Chase-the-Ace format where the pilots race until someone wins twice, if the TQ wins all of their bracket races before the finals, they would only need to win the first heat to win the event via the Ironman Rule. This feat is fairly difficult in standard MultiGP Races where each bracket race is only run once until the finals; however, in the Velocidrone Spring Wildcard Series presented by MultiGP, EACH BRACKET RACE is a Chase-the-Ace Match. Mathematically speaking, the TQ would have to place 1st in 3 bracket races to have “Ironman Mode Engaged”, in the SIM where every bracket is a Chase-the-Ace, that would require six consecutive 1st place finishes. One pilot has come close; Beckett “noical” Verrilli missed by one heat win in an upset by Alex “rabfpv” Bryant in the Team Blacksheep Spec Race spanning January through March. That would all change as Phatkid swept his his bracket races and into the Final-6, and won the first heat to be the first-ever successful Ironman in a VelociDrone-MultiGP SIM Race!

In week #2 Ethan “ethanfpv” Kling, a former MultiGP Wildcard recipient from 2018 was one spot out of the Top-6 to advance, and redeemed himself in week #3 by finishing 2nd overall in the brackets. Charles “PacoFPV” Rinfret who was 2nd-overall in Qualifying at the 2018 MultiGP Sport Class Championships was 4 spots out on week #1, but made the cut in week #3 placing 3rd. Similarly, Marshall “-MAYHEM-” Scalisi missed the cut by 10 in week #1, skipped brackets in week #2 but finished 4th overall in week #3 to advance to the Championship. Also close in the first two weeks, Brady “OrbitFPV” Shovelin bettered his finished going from 6 spots out in week #1, 5 spots out in week #2, but makes the cut in week #3 in the 6th position. Finally after replacing his current SIM for the official MultiGP SIM this week, Shawn “Shames” Ames finished 5th overall to advance to the Championship on Sunday, April 19th at 12pm EDT / 9am PDT. 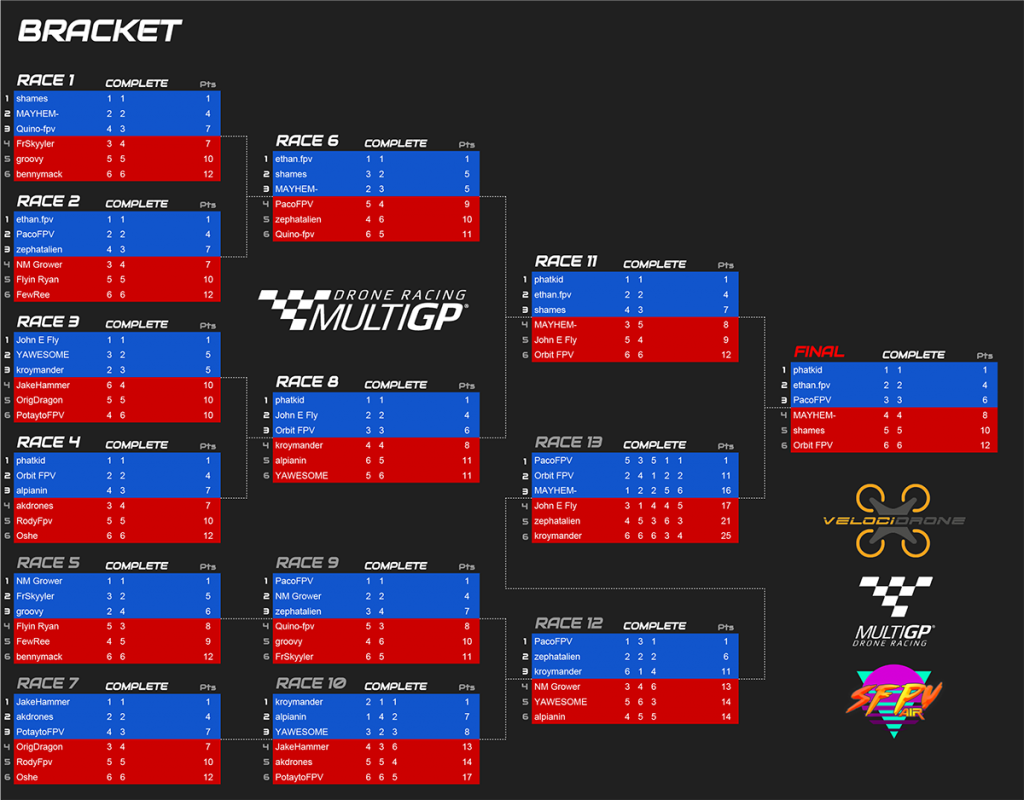 Each week has been featured on the HydraFPV Gamification App, and Colby “SFPV” Curtola has won all three weeks in a row… will he break the system and sweep week #4 and the Championship? This is to be seen, however, as he barely lead the leaderboard until a solid set of selections for the finals.

For the full results from Race #3 (April 7), visit here: http://multigp.live/week3

One last chance for pilots

To qualify for the April 19th Championship is approaching this coming Tuesday April 14th. Join on MultiGP.com at http://MultiGP.live/APR14 for all of the details on how to join and notifications for when the track goes live (at 8pm EDT / 5pm PDT). 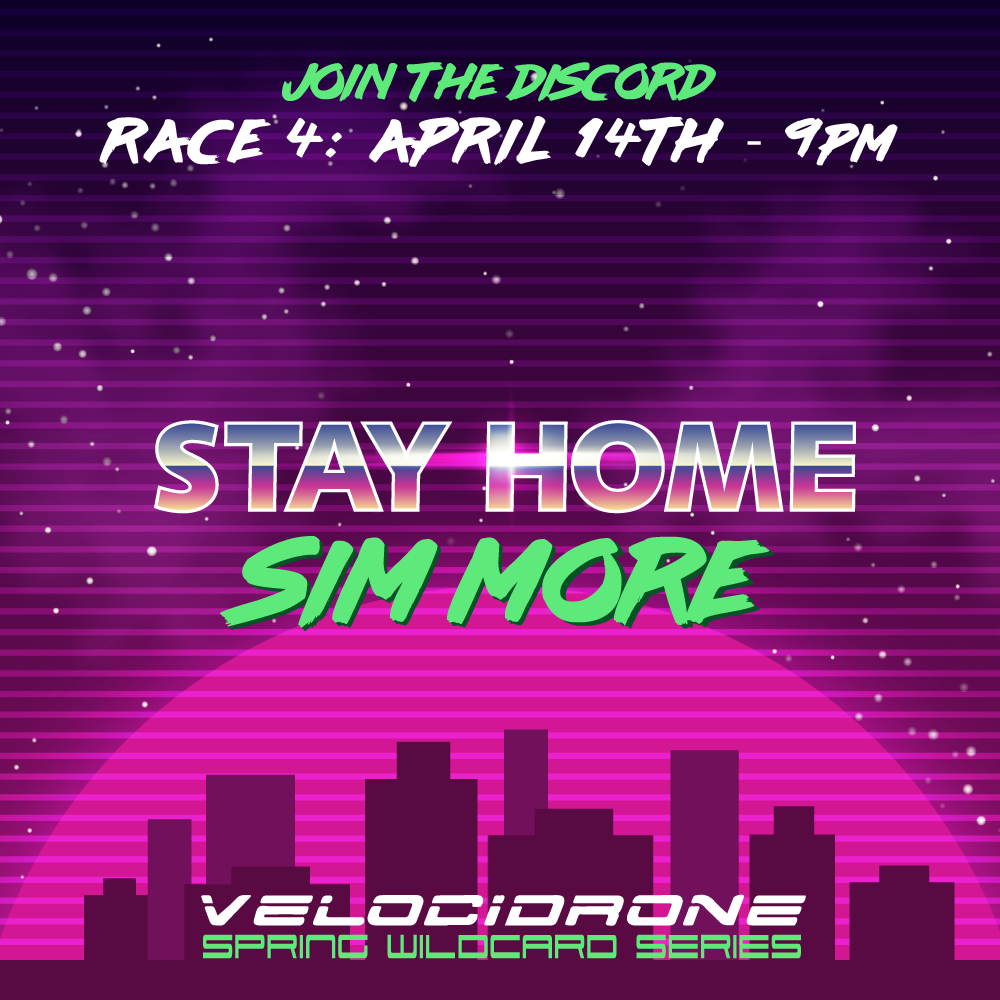