Welcome to the fourth installment of MultiGP Mega News. 2020 is here, and with the new year MultiGP is excited to commence our first ever official season of Mega Class giant drone racing. The first official race of the season series kicks off on January 5th, organized by the giant drone racing fanatics at Dallas Drone Racing. The season opener in Texas is followed by chapter races in South Carolina and Florida, a track race at Antioch Speedway in California, and the MultiGP International Open in Indiana!

MultiGP has carefully planned a 2020 season series for Mega that we believe is going to be a giant amount of fun, both to compete in and to watch. The heart of the series is that every official Mega Class race during the season, whether it’s a national/international race run by MultiGP or a  local race run by a MultiGP chapter, will be part of the same points series. Those points will then be used to qualify for and to seed the first ever MultiGP Mega Class Championship.

With seven races already on the schedule and lots more to be added over the coming weeks and months, we can’t wait to see how the season plays out. You can view the MultiGP Mega Class season series schedule here. The schedule will be updated throughout the season as races are added.

Each competing Mega Class pilot’s best three points races of the series will make up their season ranking, which as mentioned above will be used for qualifying for and seeding the championship, complete with a Mega Class Leaderboard.

We expect Mega Class to make a giant impact in drone racing in 2020 and beyond.  Right now is a great time to get involved. Keep an eye out for more info on how the 2020 series is progressing in our next installment of MultiGP Mega News! 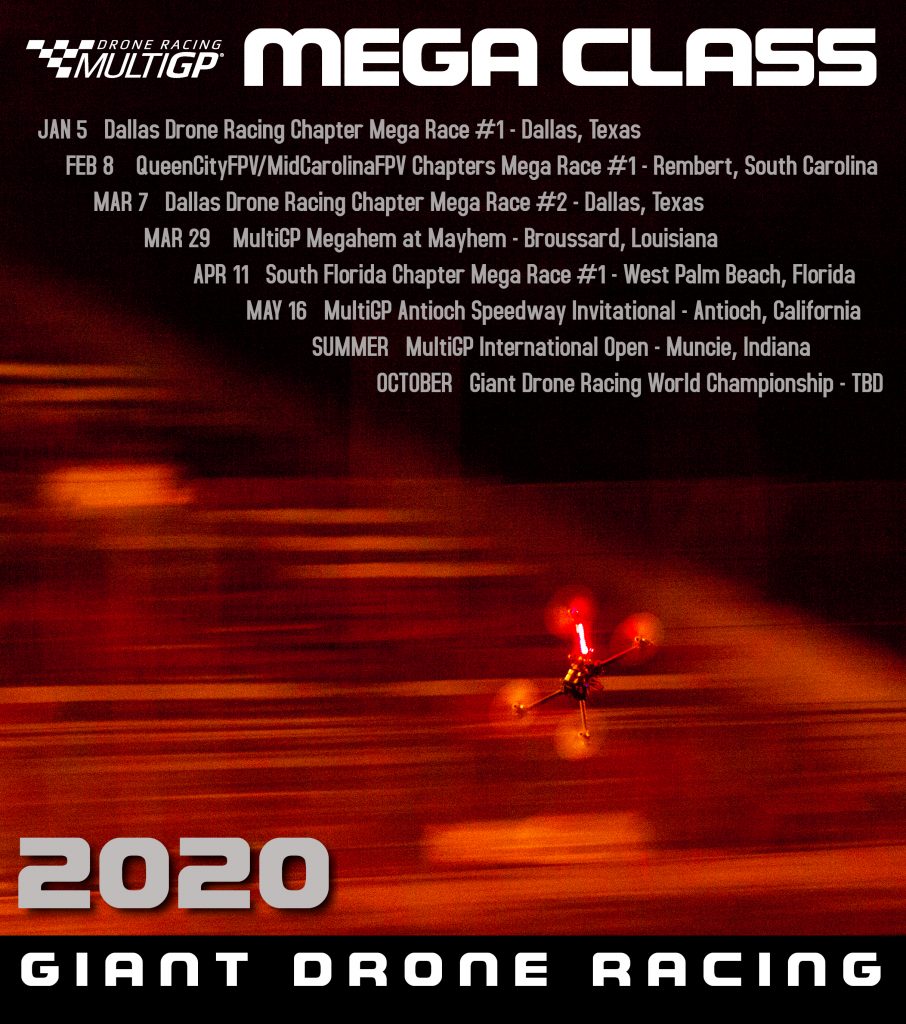