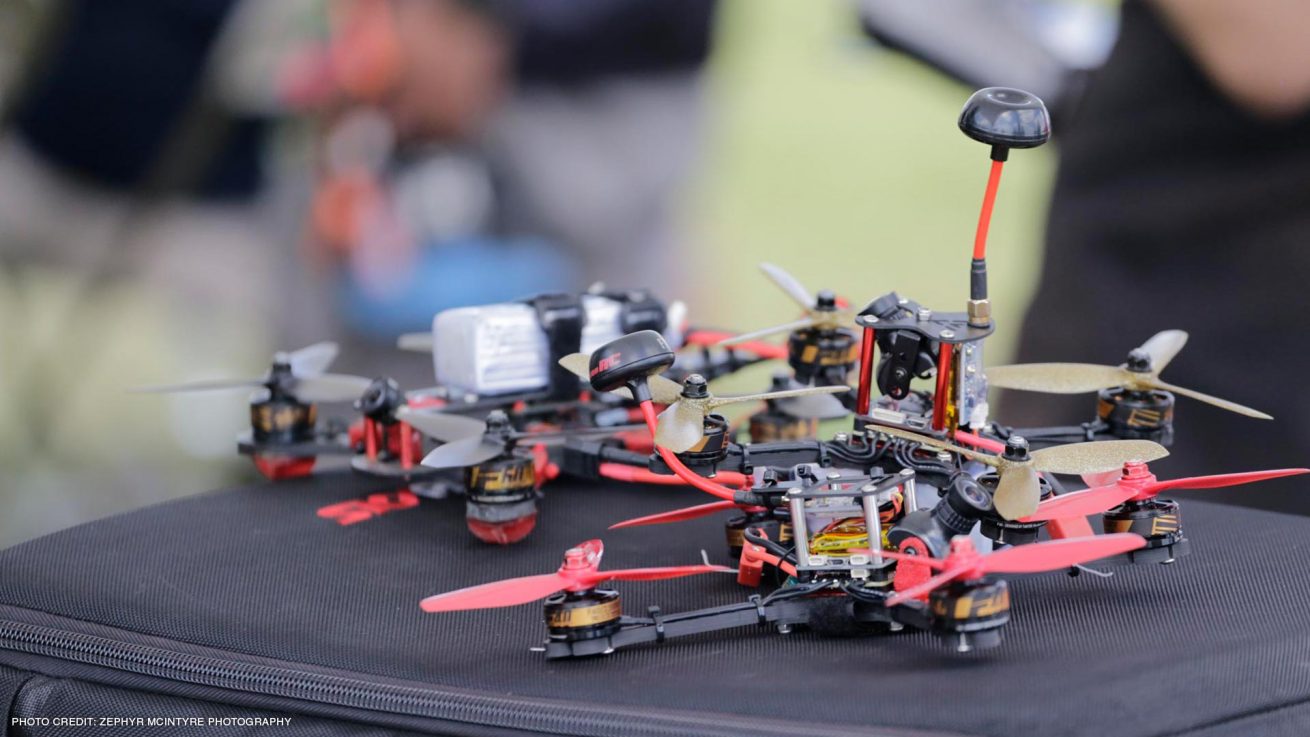 In October MultiGP compiled the relevant questions and concerns from 2017 and published a survey covering these topics. This survey was available to all of our pilots to better get a consensus on the opinions of the drone racing community. Everything from battery cell count, to redrawing Regions, was covered in this survey.

1.) For the 2018 Regional Series Season, how would you like to see battery limits written?

Based on the responses from our pilots MultiGP is deciding to keep the battery cell restrictions at 4 cells. The vast majority of the competing pilots in MultiGP are flying with 4 cell batteries, and are content to keep doing so. There are some pilots experimenting with 5 cells, and more, but the current landscape of the sport is 4 cells. If the larger batteries catch on in popularity in the future the topic will be revisited. 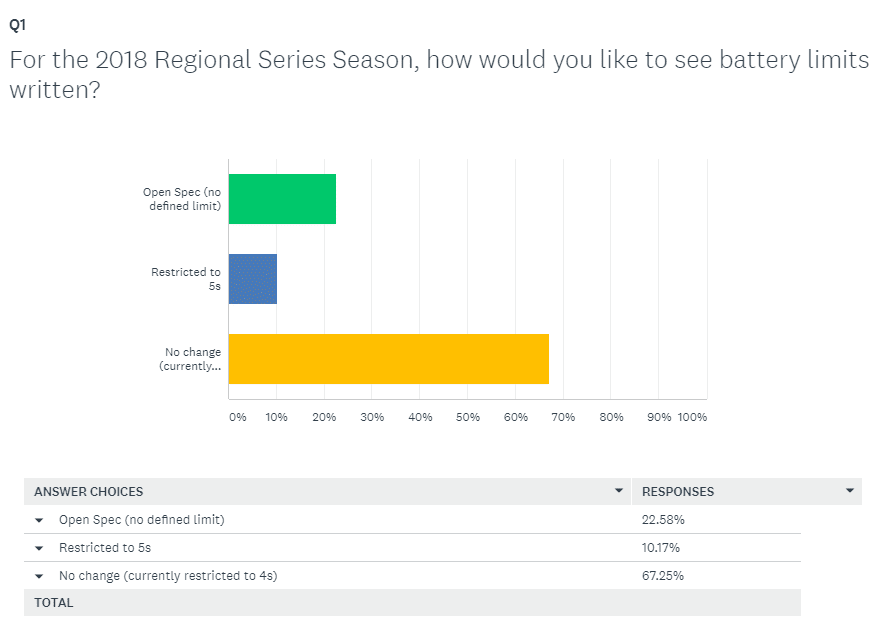 2.) We are proposing a fixed season length: Starting Jan 1 through June/July, with all regional finals happening over the months of June/July. In this scenario do you prefer:

Based off of the information gathered in the MultiGP 2017 season, the decision has been made to restructure the Regional Series. The 2018 Regional Series will be modified to a fixed season length, with Regional Finals dates and locations established by MultiGP at the start of the season. This takes the burden of running the Finals off of the shoulders of the chapter organizers, and the fixed schedule will make it easier for pilots to plan their seasons. Regional Finals will also be extended to two days to better manage the event. 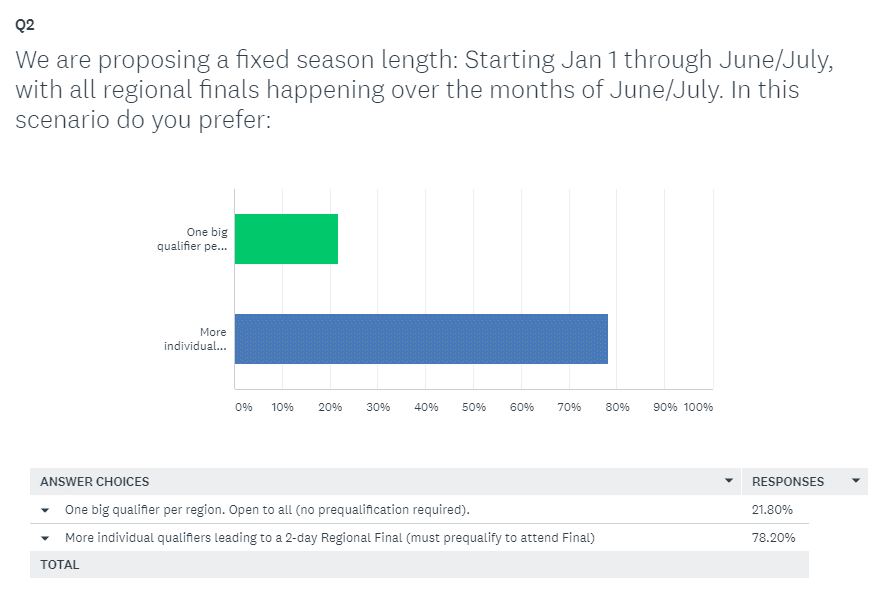 3.) This year the total number of pilots invited to Championships was 146. Would you prefer:

76% in favor of no change in the number of pilots 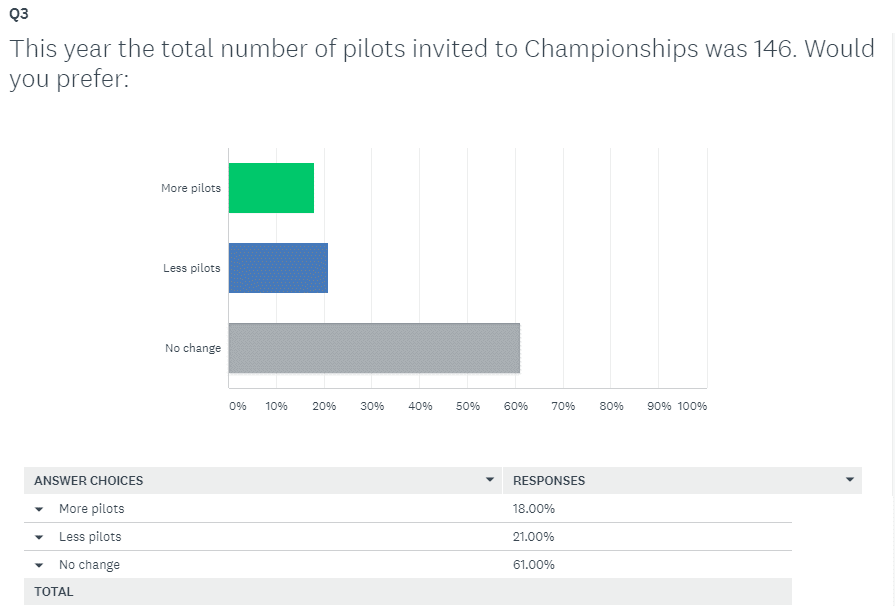 4.) Qualification methods are currently broken up into these 4 categories: Defending Champion (1), Finalists (28), Serious 60, The List/UTT (60). Would you prefer to:

53% in favor of keeping the current categories

The current 4 category qualification system that was used for the 2017 season will be modified slightly for 2018. This is being done to streamline the process and make the make the Championship easier to understand. The Serious 60 and The List/UTT will be combined into The List. The List will be created from the Regional Finals results.The Defending Champion, the Finalists, and the top 125 pilots from The List will be invited to the National Championship. 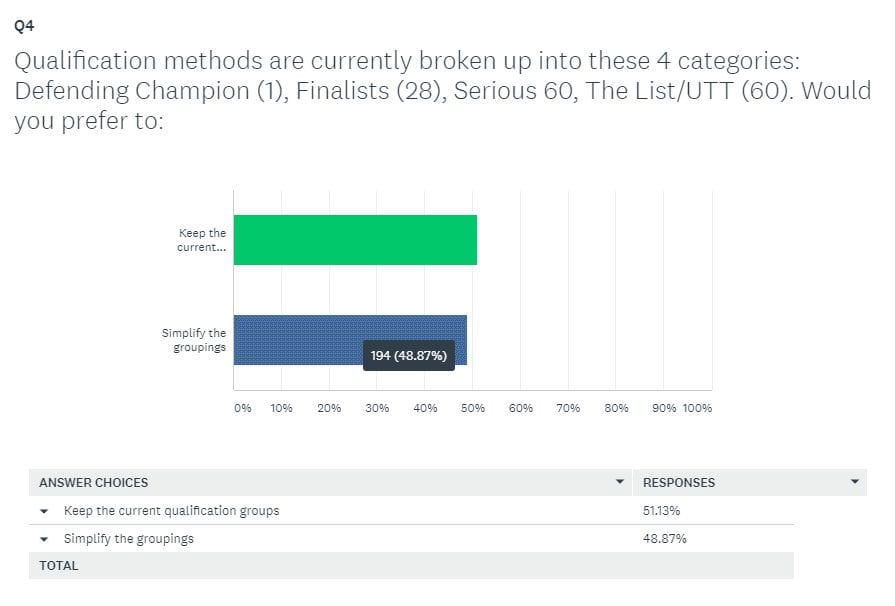 5.) Heads-up races are defined as “first to x laps on a tone start”. During a heads-up race do you prefer Nascar Rule or Everyone Finishes Rule?

56% in favor of Everyone Finishes Rule

The spirit of racing is that every competitor puts all that they have into the race in hopes of victory. The last thing that anyone wants is a situation where pilots are intentionally going slower in the hopes that others crash out ahead of them, often referred to as sandbagging. The Everyone Finishes Rule creates these sorts of opportunities. In order to preserve the spirit of competition, MultiGP has decided to use the NASCAR Rule for the 2018 Regional Series. When the leader crosses onto their final lap, everyone crosses onto their final lap. 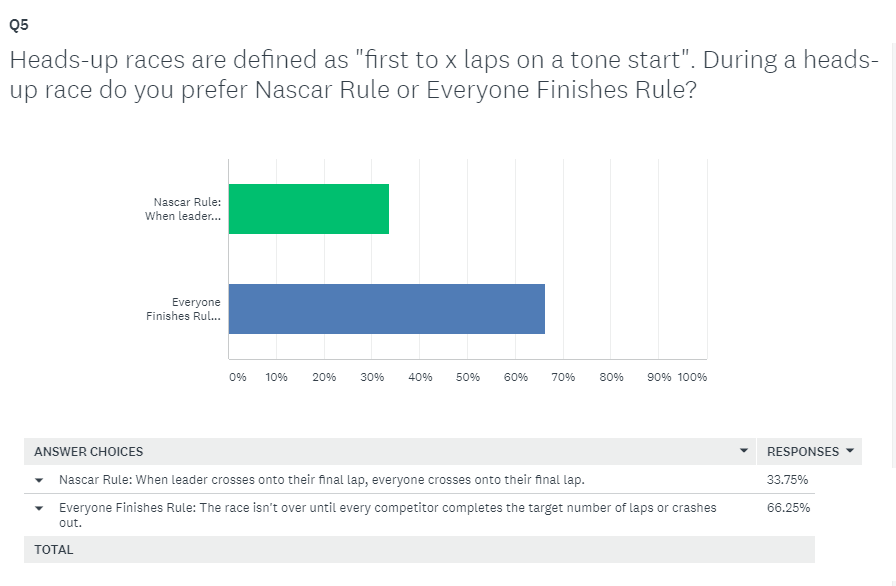 6.) Some regions have expressed the desire to redraw region boundaries. Are you in favor of:

76% in favor of redrawing Regions

In order to further simplify the 2018 Regional Series MultiGP has decided to redraw the Regions. The overall number of Regions will be reduced to six: 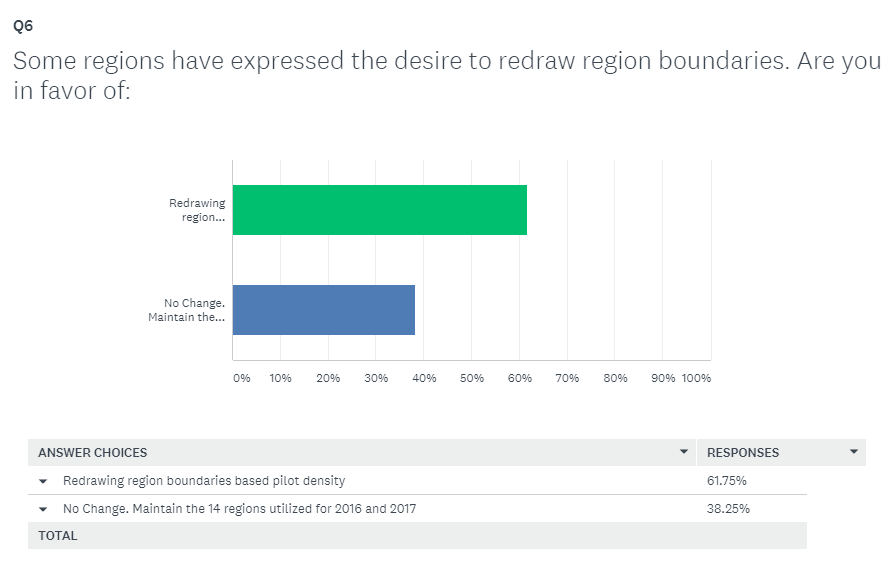 7.) There have been some cases of “poaching” qualifier slots from other regions. Also, traveling to multiple regions to hedge one’s chances at obtaining a qualifier slot. Are you in favor of declaring a home region at the start of the season?

66% favor pilot having to select their region beforehand. Pilots should not be allowed to secure qualifier slots in more than one region.