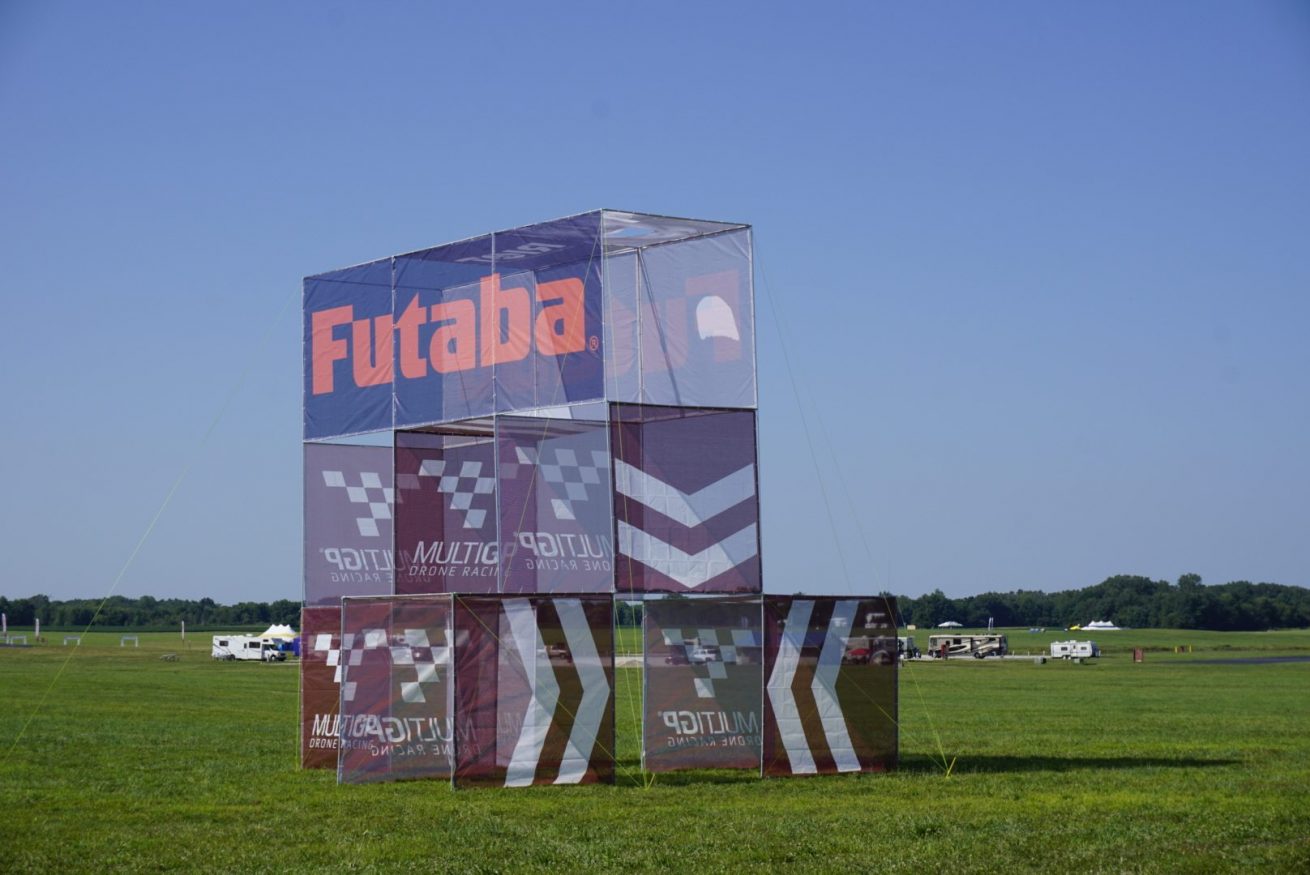 MultiGP would like to take a moment and thank all of the volunteers who came early, stayed late, and made this event possible. From gate and obstacle construction, to track management, to registration, and everything inbetween, it was the hard work and the passion of the volunteers that brought the International Open to life. MultiGP lives because of volunteers; your passion is the fuel that runs the League. Thank you for everything you did to give the pilots a lifetime of memories.

As the Sun came up over the Academy of Model Aeronautics Headquarters in Muncie, Indiana on Wednesday August 9th, there was a buzz in the air, and not just from the sound of mini quads. It was a feeling of excitement, from both the attendees and the volunteers, that made the air hum with anticipation. Everyone in attendance felt that history was going to be made during the 2017 RIOT MultiGP International Open. The stats for this event made pilots from all over the globe flock to the International Open: 8 tracks spread out over 1,200 acres, the possibility of 64 pilots in the air at once, world class competition in individual and team events, over one mile of conduit to construct obstacles and gates, an acre of mesh to create the obstacles and gates, a first of it’s kind Freestyle Track, a dedicated FPV wing track, Micro and Tiny Whoop Tracks, and even the Rotor Riot Team was in attendance. No matter where you stood, you were surrounded by FPV. This event had something for every FPV pilot, and the smiling faces of those who were there proved it.

The event was an overwhelming success; over 300 happy pilots attended the International Open, making it the largest FPV event in history. Attendees came from as far away as Asia and Australia to compete in team and individual events; the feeling of friendship and fellowship was undeniable. Many of these pilots have been conversing for years on social media, so they were already old friends. “Facebook came alive….”, as one gentlemen put it, and he was spot on. This was more than an FPV event, it was a reunion. Pilots who had never met in person came together like old friends, and flew the sky together for the first time.

For five days the action started at sunrise, and went deep into the night. All 8 tracks were running non-stop during the day, and the Tiny Whoop and LED Tracks kept going into the night. The competition was world class on the World Cup, SPEC, and Team Tracks, with all of the top pilots from MultiGP, DRL, and around the globe testing their skills to see who was the fastest. The World Cup Finals went on into the night for some intense competition under the bright lights, as Thomas “BMSthomas” Bitmatta took home the 1st place. Young Thomas also had taken 1st in the SPEC competition earlier in the event. The International Open certainly lived up to its name, and has set the standard that all other FPV events will be judged by.

Thank you to all of the pilots who came out and flew with us. The event might be over, but the memories will last a lifetime.