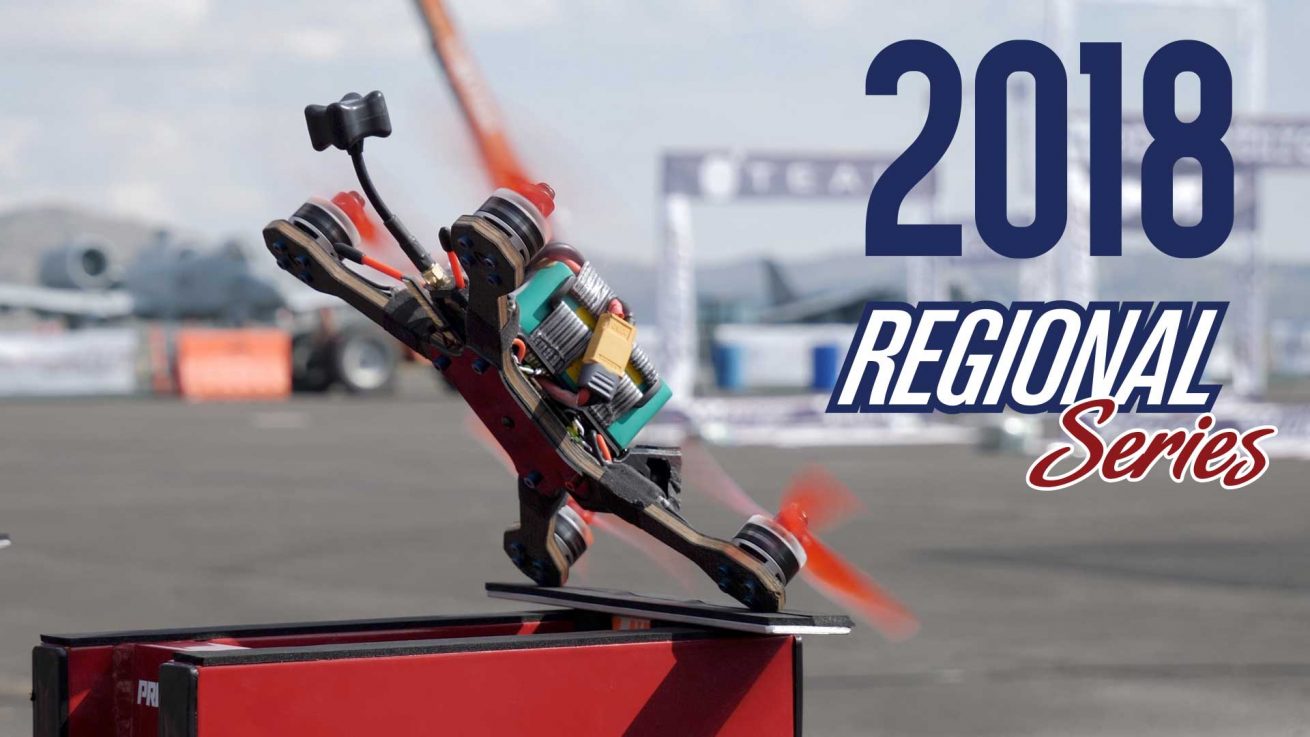 We are responding to community feedback on this topic.

The current number of regions will be restructured. The U.S. will now consist of six  major Regions:

Modifications to the 2018 Regional Qualification System

Changes to the 2018 Regional Finals Process

The previous year’s champion will be invited to defend their title. This invitation allows the Champion to participate in the National Championship without attending any regional qualifier or final. Automatically advances to Fast 57 round.

All the regional final participants ranked 12-100 at their respective regional final will be placed on The List. The top 72 pilots on The List will be invited to participate in the National Championship where they will compete with the Contenders and Wildcards in an on-site, best 2 of 3 rounds, race. The top 20 from this race will advance to the Fast 57 round. 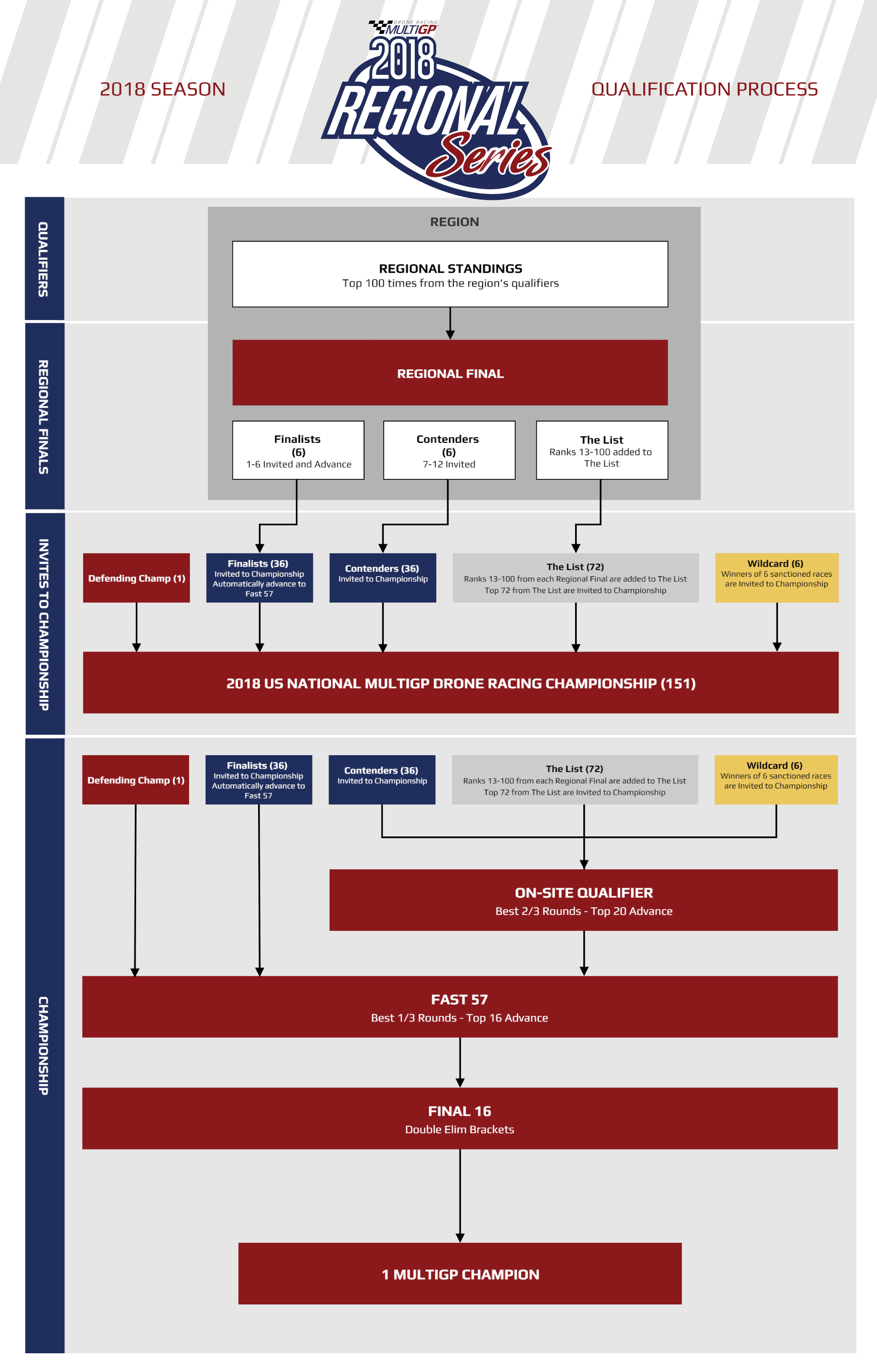 Get Ready For The 2018 Regional Series

2018 is certain to be a pivotal year for drone sports and MultiGP is looking forward continuing its tradition of providing the best events for its more than 22,000 pilots.