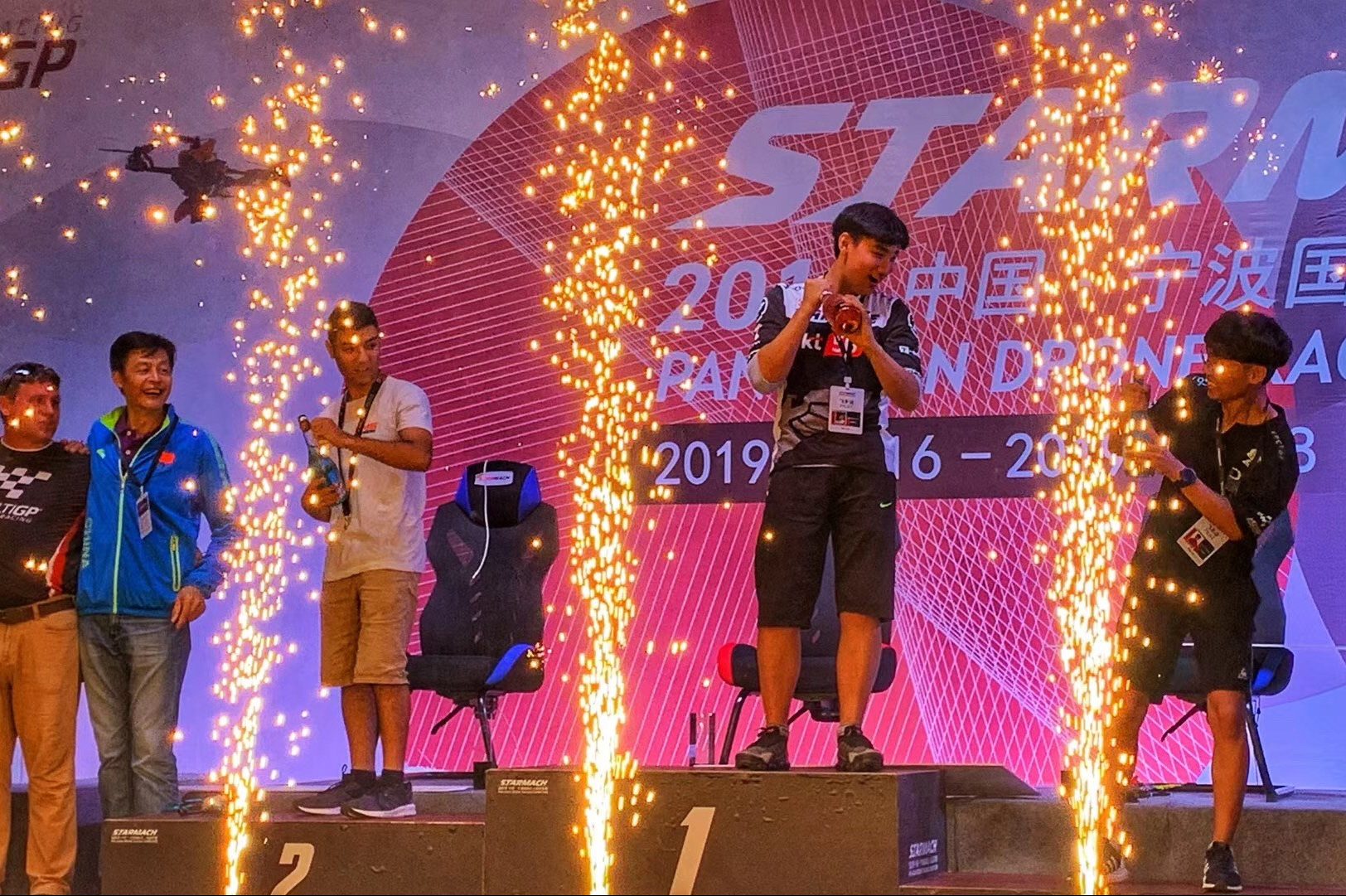 The inaugural event featured vendor displays, an Industry forum, a training seminar for school children, and a championship drone race of vast proportion.

The event was presented by Starmach, a company founded to promote drone racing across Asia and to enhance the development of the sport. Meaning “Dreaming of Fast Flight”, their team of production personnel delivered an outstanding event, especially for a first-time endeavor. From LED-lined inflatable gates, to fully lit stages, netted spectator areas to the fine details of pyrotechnics and champagne for the awards ceremony, there was much glitz and glamour to behold.

Also, hosted in partnership with Gemfan, production teams were shown great hospitality during their time in the technological city rooted in Chinese culture.

An intense Registration and Tech Inspection process commenced on Thursday morning. 81 pilots from 11 countries were verified on-site and over 186 drones were inspected to meet regulations. The RF environment only afforded 6 available channels (of a standard 8 ) to fly, so the practice spanned from Thursday afternoon through Friday morning to afford each Pilot 3 practice rounds.

The forecast turned gloomy as rain plummeted and flooded the course as the pilots attended the Drone Racing Industry Forum on Friday morning. Fortunately the rain clouds broke shortly after the forum completed, and the qualifiers began, with all of the pilots running 3 qualifiers that day, and one additional qualifier on Saturday morning. 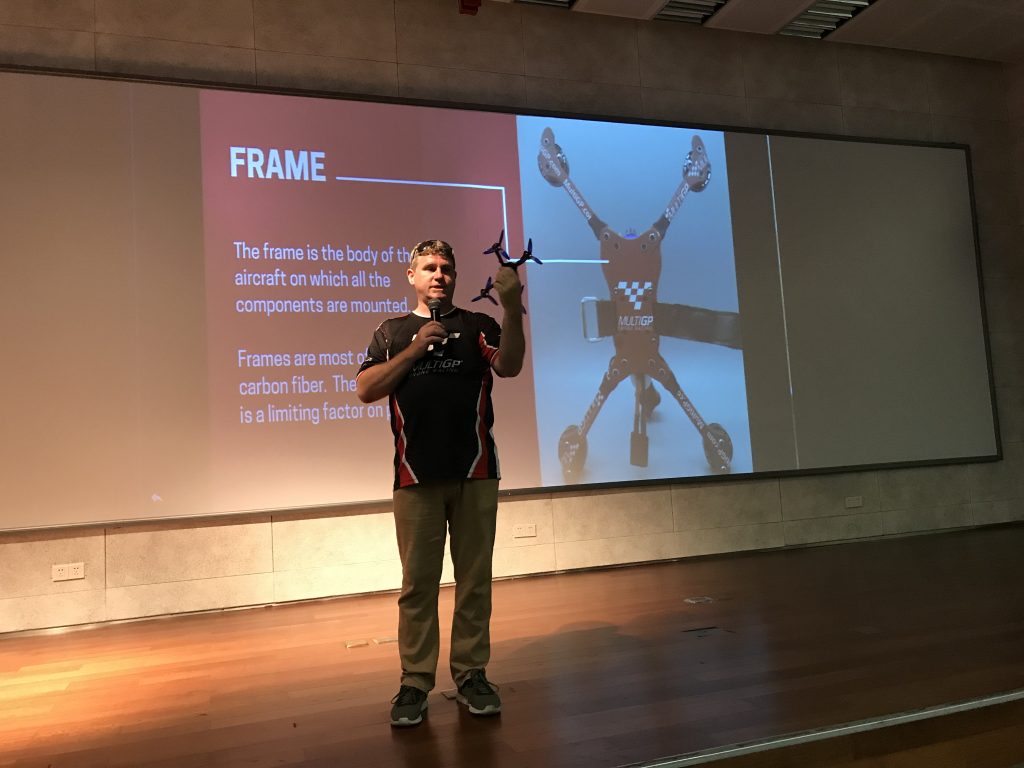 The field of 81 pilots were narrowed to the Top-32, which were divided into a Top-16 group and a “Next-16” group, with each competing in their own double-elimination bracket for prizes in the “Next-16”, and their share of $22,500 USD and trophies in the Top-16.

The Next-16 brackets were an even battle for the most part, with the final race finishing with: Wannapong “Milk FPV” Wanraya from Thailand as the Champion, followed by Leung “Ka Kei” Ka of HONG KONG finishing 2nd and Liguang Zhong finishing 3rd.

The event culminated into the Top-16 Double-Elimination Brackets with a star-studded roster of pilots from the Eastern Hemisphere. The Final 4 pilots competed in the “Chase-The-Ace” Format where the races would be run repeatedly until a pilot won twice. One rule, the “IronMan Clause” afforded the Top-Qualifier going into the brackets, MinChan “MCK FPV” Kim of Korea the chance to win in the first round if he won the first round… and he crashed. The first win went to Thomas “BMS Thomas” of Australia. The energy in the air intensified each round as the action was incredulous. The next round just MinChan and BMS Thomas were left in the air, until they had a mid-air, both crashing out. After a DVR Review, the pilot who had successfully passed the last obstacle was MinChan, by less than 1.5″ ahead of BMS Thomas for the win of Round #2. Next the Third Round was won by Jehyeong “BulldozerFPV” Jeon of Korea, however after a protest, the result was blanked as one of the pilots was eliminated in the race by a fallen gate. The Fourth Round became the Final Round after MinChan finished his laps first, though he was hotly contested by the field. 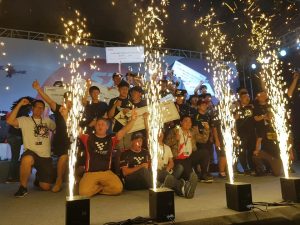 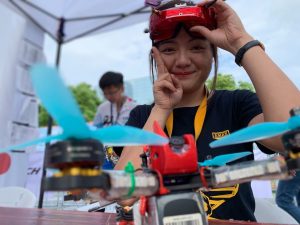 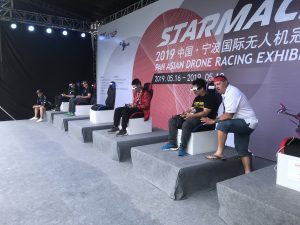 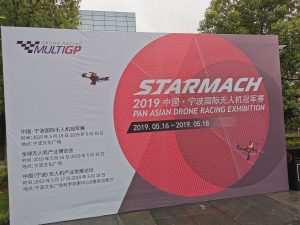 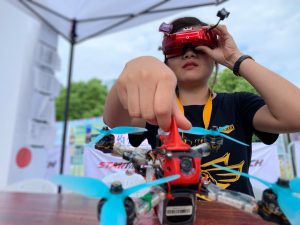 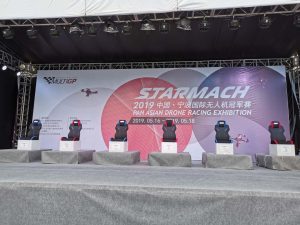 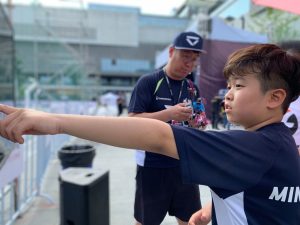 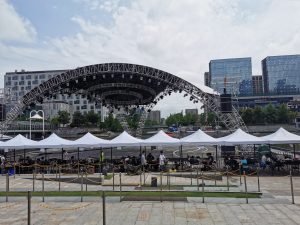 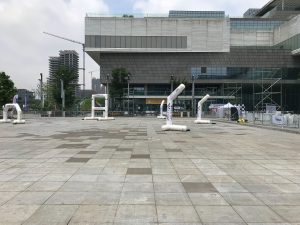 A steady stream of hundreds sat in VIP Chairs watching the action over the weekend, however the true reach of the event was massive. Broadcast on YouTube, BiliBili, Government CCTV and more, there were over 450,000 views on Friday and over 650,000 views on Saturday for a reach of over 1.1 Million Views!!!

This event was a massive launch for grand-scale drone racing in Asia; look for more legendary events by Starmach and Gemfan in the near future!

Re-live the English Broadcast of the Championship: