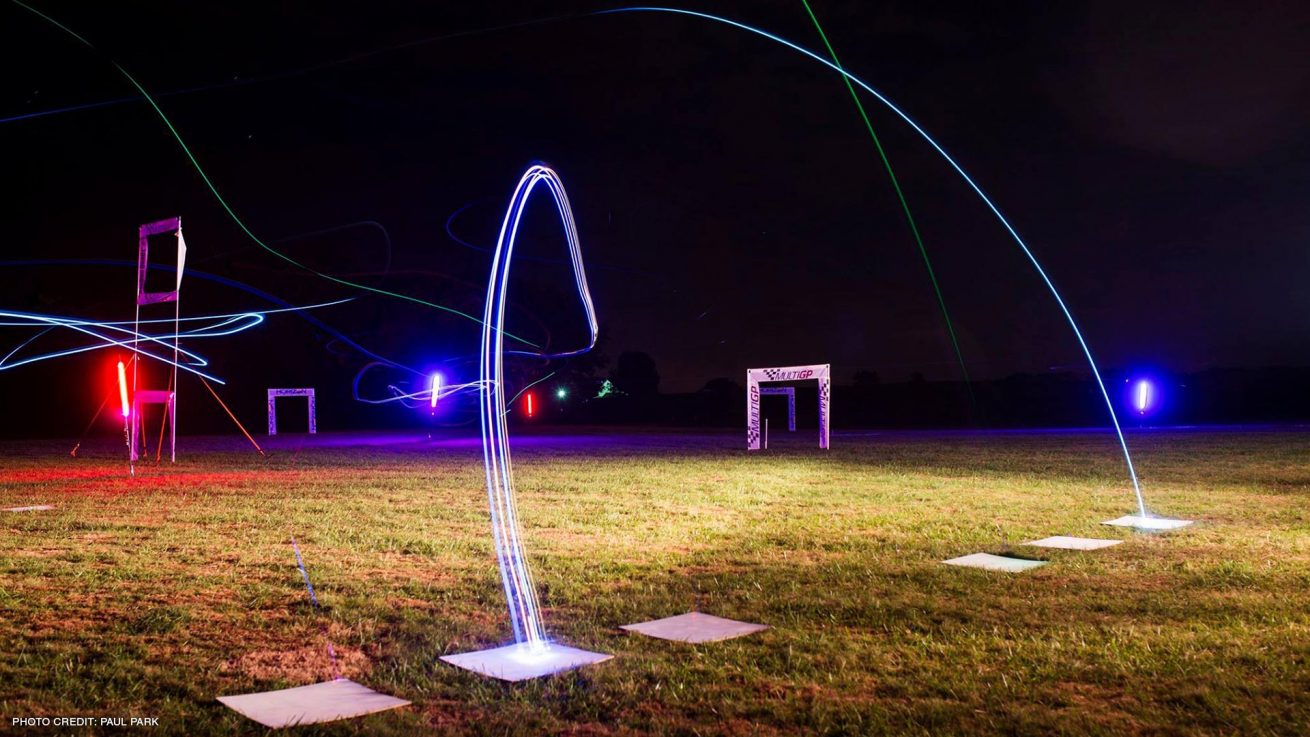 The 2016 MultiGP Drone Racing Championship debuted a world-first FPV night game, La Forge Domination. Shea Ivey, designer of the La Forge module, presented to pilots his latest creation – a team based, night-time FPV game based on capturing control points. LED “flags” must be captured by flying in proximity for a few seconds to “capture” that point and change the color to your team’s color.

The sytem works based off the RSSI of the various VTX signals it detects around it. As your drone gets close to it, the LED colors gradually change to your team’s color. This gives the opposing team time to recognize you are trying to capture it and defend their capture point. As more defenders arrive to keep the enemy from capturing their point, the color stops changing and reverses back to their color. The game was very well recieved among pilots, with one team handily sweeping other teams once they started to nail the pirouette technique around the capture points.

The game hardware currently supports 3 modes: Team, Free-for-All and Race. The first two modes are the game modes and the last one is a mode specifically for racing. Race mode will change the color of LEDs placed on or around racing gates. This should add for a very nice visual effect when a racer makes the gates and improve the overall watchability of drone racing. Shea Ivey is still working on improvements and reports that the La Forge Domination hardware will be mass produced via a partnership with UBAD and available soon.