When the two biggest names in Drone Sports come together you know something monumental is going to happen.

This is news that affects every single MultiGP pilot in the world. Having the two most powerful Drone Sports organizations working together means more recognition worldwide for MultiGP and its Pilots, and creates a unity between the DRL and MultiGP that will only grow the sport faster. This partnership also means that a MultiGP branded track will be on the DRL Simulator (coming next year), and a link to the MultiGP website will be on the DRL site, allowing even more people to discover and become involved with MultiGP.

Stay tuned to MultiGP, DRL, and MultiGP News all throughout the 2018 Swatch DRL Tryouts to stay up to date on the leaderboard and the rising MultiGP Pilots in the Tryouts. Will YOU be that lucky Pilot? You will only find out if you compete! 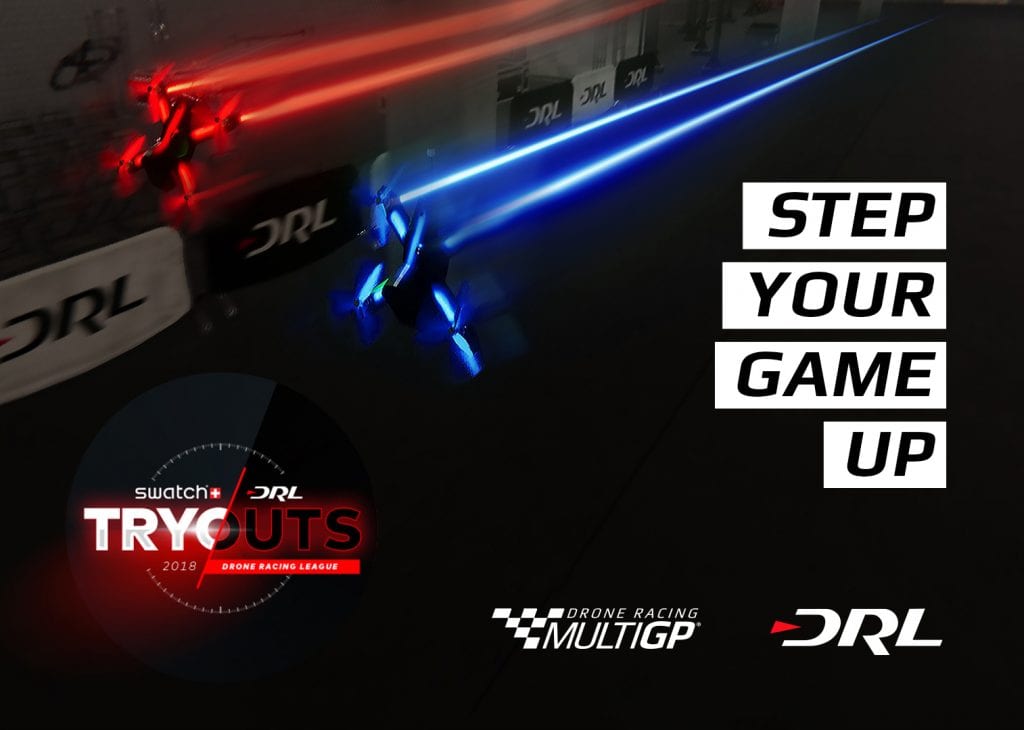 MultiGP is the largest professional drone racing league in the world. Because of this, MultiGP hosts frequent competitive gatherings and casual events within its extensive network. The Organization currently has over 20,000 registered pilots in addition to 500 active chapters worldwide. MultiGP nurtures its Chapters by providing tools, guidance and community support. Due to this structure drone racing is fun, organized and rewarding for pilots, Chapter Organizers and spectators. The National Championship, Regional Series, International Open, Universal Time Trial Tracks and Chapter Tiers are programs designed to allow the drone racing community to compete in an easily accessible yet structured format while still progressing the sport. Because of MultiGP’s efforts, it is the Academy of Model Aeronautics Special Interest Group for First Person View (FPV) Racing. For more information, go to www.MultiGP.com.