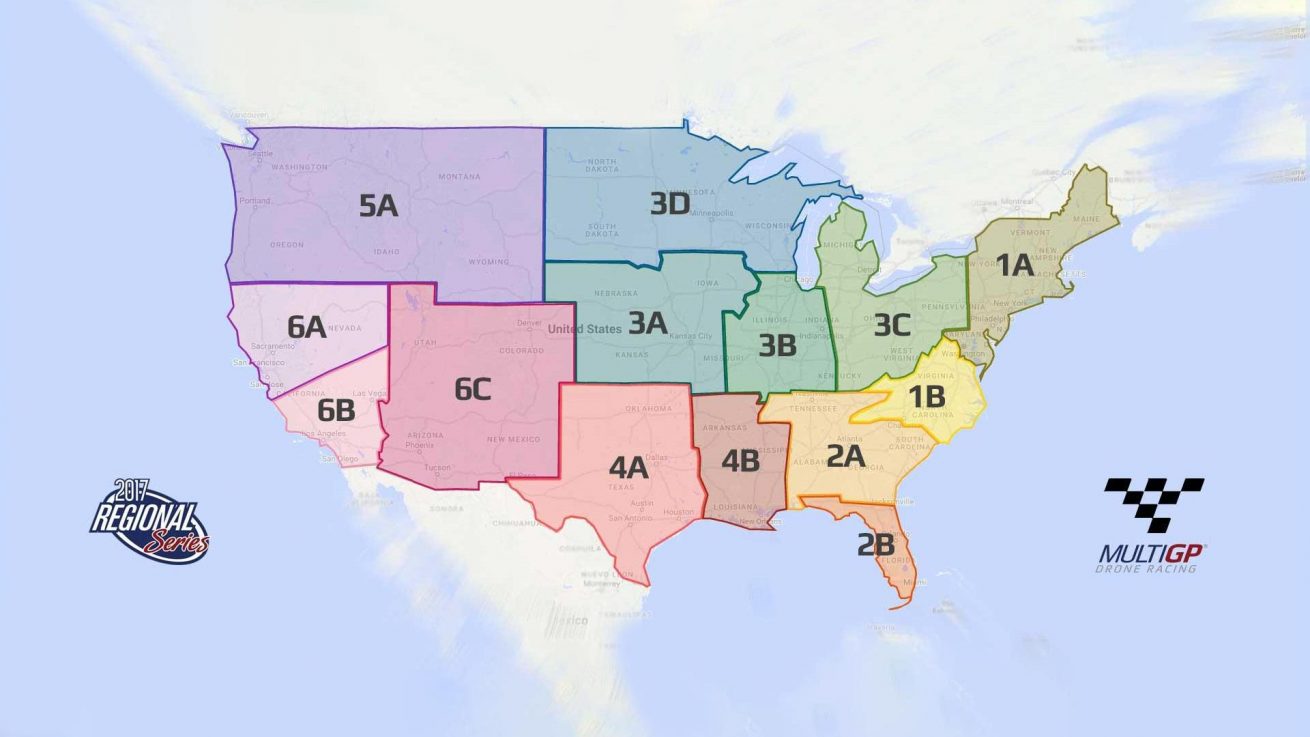 MultiGP Announces the Launch of the 2017 Regional Series

NATIONAL – March 1, 2017 – Competition is ramping up across the nation as drone racing pilots start practicing to qualify for the 2017 MultiGP Drone Racing Championship, to be held in Las Vegas this October.  Over 5,400 pilots, from more than 450 MultiGP Chapters across the United States, have begun polishing their competitive drone racing skills in anticipation of the more than 70 Regional Qualifiers, beginning in March, and 14 Regional Finals beginning in July.  These events qualify top ranked pilots for a chance to compete for the coveted title of the MultiGP Drone Racing Champion.

“The MultiGP Regional Series is designed to provide the drone racing community an accessible yet highly competitive format that clearly recognizes the most skilled pilots in the country,” said Chris Thomas, Founder of MultiGP.

To advance, top pilots from each Regional Qualifier advance to their respective Regional Final.  Then, the top two pilots from each of the 14 Regional Finals will be invited to the Championship.  These 28 Regional Finalists will be joined by 117 other pilots that have proven themselves through other methods, such as highly ranked pilots who scored the best during the Regional Finals and Universal Time Trial (UTT) leaderboard standings. These 145 pilots will compete to see who is the best pilot in the nation including the 2016 MultiGP National Champion, Shaun “Nytfury” Taylor who will have the opportunity to defend his title.

The 2017 MultiGP Regional Series is guaranteed to be filled with high-level competition and nonstop action, all culminating at the 2017 MultiGP National Championship.  The rise of drone racing over the last two years can be attributed to the volunteer run local MultiGP Chapters. These organized groups are the key drone racing’s  increasing popularity and accessibility.

“The growth and success of our MultiGP Chapters is our top priority, as it provides the foundation for our sport and Regional Series,” said Chris Thomas. “MultiGP nurtures the drone racing community at the grassroots level by providing software, racing tools and community which transforms casual groups into formal MultiGP Chapters, and hobbyists into competitive pilots. Our efforts develop drone racing from the ground up, creating the competitive environment the sport needs to progress.”

Stay updated on the dates, locations and results of the MultiGP Regional Series events by visiting:
http://www.multigp.com/page/2017-MultiGP-Regional-Series

MultiGP is the premier drone racing league which hosts frequent competitive gatherings and casual events within its network of over 1,000 MultiGP Chapters and 15,000 pilots world-wide. MultiGP nurtures its Chapters by providing tools, guidance and community to make drone racing fun, organized and rewarding for pilots, Chapter Organizers and spectators. Programming such as the Championship, Regional Series, Universal Time Trial Tracks and Chapter Tiers are designed to allow the drone racing community to compete in an easily accessible yet structured format with the goal of progressing the sport. MultiGP is the Academy of Model Aeronautics Special Interest Group for First Person View (FPV) Racing. For more information, go to www.MultiGP.com

To learn more about MultiGP drone racing, and how you can get involved, join us on Facebook –https://www.facebook.com/groups/MultiGPCommunity/ and on Twitter – @Multi_GP