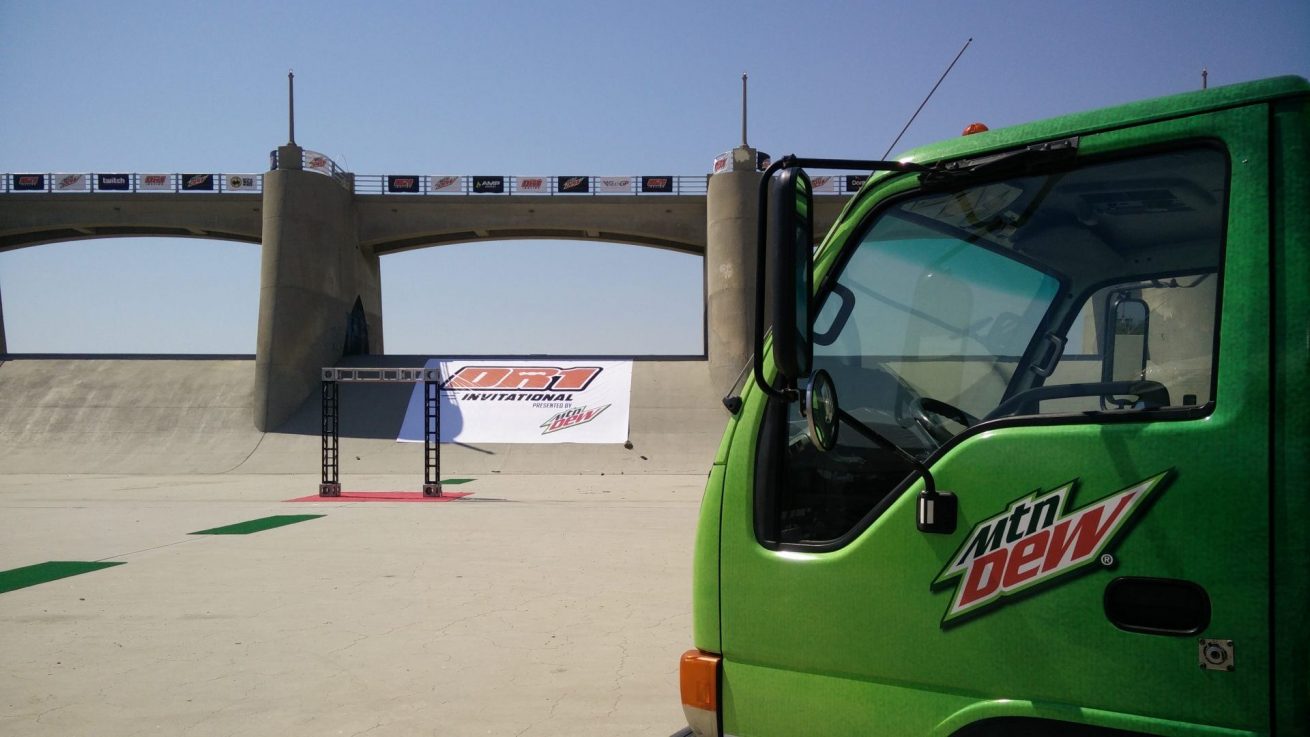 The DR1 Invitational presented by Mountain Dew will showcase 12 of the top drone racing pilots in the world as they compete for the title at the iconic Sepulveda Dam in Los Angeles this summer. Pilots, who control drones from the top of the dam, will face down a gauntlet of environmental and man-made obstacles as they fly their drones at speeds of more than 80 MPH while spectators watch on from above. Over the course of two days, the race will be broken up into heats, qualifiers and finals. MultiGP Drone Racing League, the front-runner in drone race organization and sanctioning, was selected to manage the racing series.

“We have seen the popularity of drone racing grow exponentially this past year, and we are excited to bring our own style and format to the sport,” said Brad Foxhoven, founder of DR1 Racing and  producer of the DR1 Invitational presented by Mountain Dew. “Part of our excitement centers around the ‘firsts’ that we are bringing to the sport, including a TV broadcast partner, worldwide live streaming through Twitch and the support of several global brands.”

More information on the Invitational and DR1 can be found at DR1Racing.tv.

DR1 on Twitch
DR1 also launched a channel on the streaming platform Twitch at Twitch.tv/DR1Racing. The DR1 channel will live stream the races globally, giving fans a first-person view from the drones traveling at high speeds through a myriad of obstacles. The DR1 Twitch channel is also currently live streaming two nights per week with a variety of content supporting DR1 and the drone-racing lifestyle and culture.

“Drone racing is super fun to watch and it’s growing like crazy,” said Jimmy Whisenhunt, partnerships manager, media organizations, Twitch. “Because DR1 will be the first truly live drone racing event broadcast on Twitch, it taps into the DNA of our platform and should be quite the viewing experience.”

“Do The DEW” Takes on Drone Hunting in New Global Campaign
Combining motocross, hunting and drone racing, Mountain Dew creates an exhilarating never-before-seen sport – “Drone Hunting” – that now exists within a new global TV and digital commercial. The action-charged spot introduces the world to a sport that can only be the product of the limitless possibilities of DEW Nation’s imagination. Watch “Drone Hunting” here.

This year’s “Do The DEW” creative is running in multiple countries across four continents, and debuts today digitally and in June on broadcast in the U.S., headlining a year-long brand campaign that will reach DEW Nation by way of TV, digital, social media, radio, print and out-of-home channels.

Directed by Rupert Wyatt and filmed in the forests of Casablanca, Chile, “Drone Hunting” is a mind-bending reverie, created for the members of DEW Nation who continuously seek opportunities and excitement where others don’t.