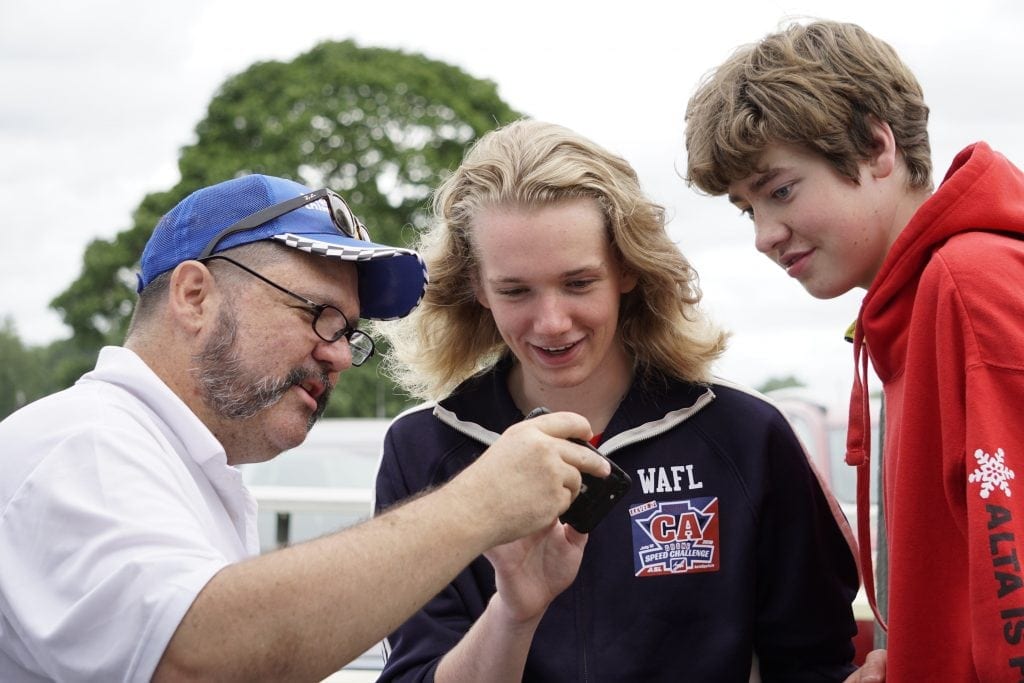 A banner weekend at the Laurita Winery in New Egypt, New Jersey this past weekend as the top-100 pilots in the North-East Region competed at their long-awaited Regional Final as part of the 2018 MultiGP Regional Series presented by the Academy of Model Aeronautics.

Big news was announced that the top-3 of each regional series final will earn a Drone Racing League Racer 3 as part of the DRL Sim on Steam Promotion, plus the 2018 MultiGP Regional Series Champion will earn a 2019 Pilot Contract with DRL. The raised stakes perhaps inspired pilots to push their limits, but it was #FullSend all event long.

Within the Top-100 there were several notable pilots and some great pilots to follow. Two Female Pilots qualified: qualifying 31. Jessika “RotorGrrl” Farrar and 91. Susan “Roo” Smith. Roo finished 50th over-all, a gain of 40 and RotorGrrl finished 25th overall, a gain of 6. We were super-proud of Jeff JeffX Exner, the patriarch of a Father-Son combination; qualifying for the regional final in the #100 position, finishing in the #42 position, with his son NeonFPV finishing 20th overall.

And of course, we had some fast-fast pilots. Jonathan “JT_FPV” Templeton was the Top-Qualifier, for the first few rounds until the Pre-Final TQ’s found their gear. Patrick “Enginair” White, the highest-ranking pilot in the North-East Region going into the Regional Final jumped to 2nd between rounds 2 and 3 shuffling things up a little bit.

The North-East Regional Final was also the region the two Top-Qualifiers from the South-East Region applied to transfer to. While Alex “The Chief” Campbell didn’t make the trip at the last minute to do a photoshoot, Evan “Headsup” Turner came guns a-blazing.

After a shaky 1st round, Headsup dropped a round of 4 laps in 2:04, shattering the previous record set by DolmaFPV in the South-West Region on the standardized Regional Final Course.

And while the event really began to move smoothly on Saturday, eventually a torrential rain storm shut racing down near the end of Round 3 to resume the next morning.

Though the rain was not a shower and the wind was not a breeze. Overnight, 35 mph gale force winds destroyed the course, flight line, pilot pit areas and race controls. On the course, 1″ EMT Conduit was bent in half as gates were all in disarray and flags were in bad shape. The pilot pit tents were balled up 10′ away in the seating area. The flight line was decimated and race control was destroyed.

At 6:30am the early arriving crew took and sent pictures, and by 7am the call-out went out, “We Will Rebuild”. Through miraculous efforts and some luck, the first heat of “warm-up” resumed at 9:59am, and the livestream resumed shortly thereafter.

Back into racing HeadsupFPV raised the bar for a best-round at the end of round 3 with 4 laps in 2:01.385 – less than 1.5 seconds from getting onto a never-achieved yet 5th lap. Then after round 4 he posted another untouchable time of 4 laps in 2:06.271 to take the Top-Qualifier Spot for the North-East Regional Final, and set the record for the best qualifying 3 of 5 time of 12 laps in the 3 best rounds in 6:11.693, shattering the previous record by 22 seconds! And in all of the qualifying, set the fastest lap on the Regional Finals track of 28.198, unseating Mewo’s 29.029 by almost a second.

At the end of the Qualifying, the competition transitioned into Championship Brackets. The pilots battled their way through the Top-32 double-elimination brackets resulting in a final-4 that was a great race to watch, finishing with a podium of:

Another story-line that we were following was Ethan “EthanFPV” Kling, the Buffalo Bando Wildcard Winner; whom finished as a Finalist (Top-6) position, that resulted in the Wildcard being handed forward to the next finisher in line at Buffalo Bando, Paul “NURK” Nurkkula.

Our thanks to the all of the volunteers, pilots, friends and families that helped build, re-build and salvage the course, and pack-up the course and areas leaving a clean field behind. The Laurita Winery Drone Field may be wiped clean, but the memories of the perseverance by the crew, pilots and volunteers will last a lifetime.

We would like to thank the following people (and apologize for anyone we missed or miss-tagged):

Of course everyone that responded to the chaos and helped us rebuild (and we for sure missed some of you, but we did our best to try and catch a bunch and say ‘thanks’): Joe Schnurr, Noah Ehreth, Delroy, Jason Hulbert, Johnny Crash, Frank Dubbs, Steve Lemanski, Brian Banks, FineFPV, Doug Nash, Punkills, Kyle VanSandt, Enginair and Enginair DAD!, Jay Patel, Evan Turner, Bob Patel, Adam Templeton, Tom White, Roo, Noah Ossna, Lincoln Black, Tim Amero, Olaf, Ken Murphy, Mike Benjamin, AngeloFPV, Ron Schnurr, Will McLaughlin, John Wolf, Aaron Schear, Frank Furter, Chris Brooks, all of Full Tilt and everyone that grabbed something and made it right.

Teardown heroes…. a lot of people grabbed something and drug it and it went a long way, and the heroes on teardown were Matt S, Smitty, Roo and Frank Costello for sure.

Lastly, we have a heck of a team we have the privilege to work with at each event and we can not extend enough thanks to the perseverance, grit, determination and inspiration that Michelle Cerini Foster and Matt Brooks (LED Girl and LED Boy) did from helping manage the logistics, through taking the lead on course building, the livestreaming, the first on site to assess after the storm, the first to start rebuilding and almost the last to leave after the event. And of course, Doug Kling along with Ethan, but Doug is a beast when it comes to making tech work, fixing issues, and taking jokes along with the best of them. To have a massive event go on it’s lid and to recover it as a team with smiles, jokes and a get ‘er done attitude, there is no better group in the game to serve in battle with.

Congratulations to all of the pilots that earned Finalist Positions, the Contenders and everyone now ranked nationally on the list. We look forward to celebrating with you all at Champs and reflect back on what will undoubtedly be one of the most memorable races in MultiGP history