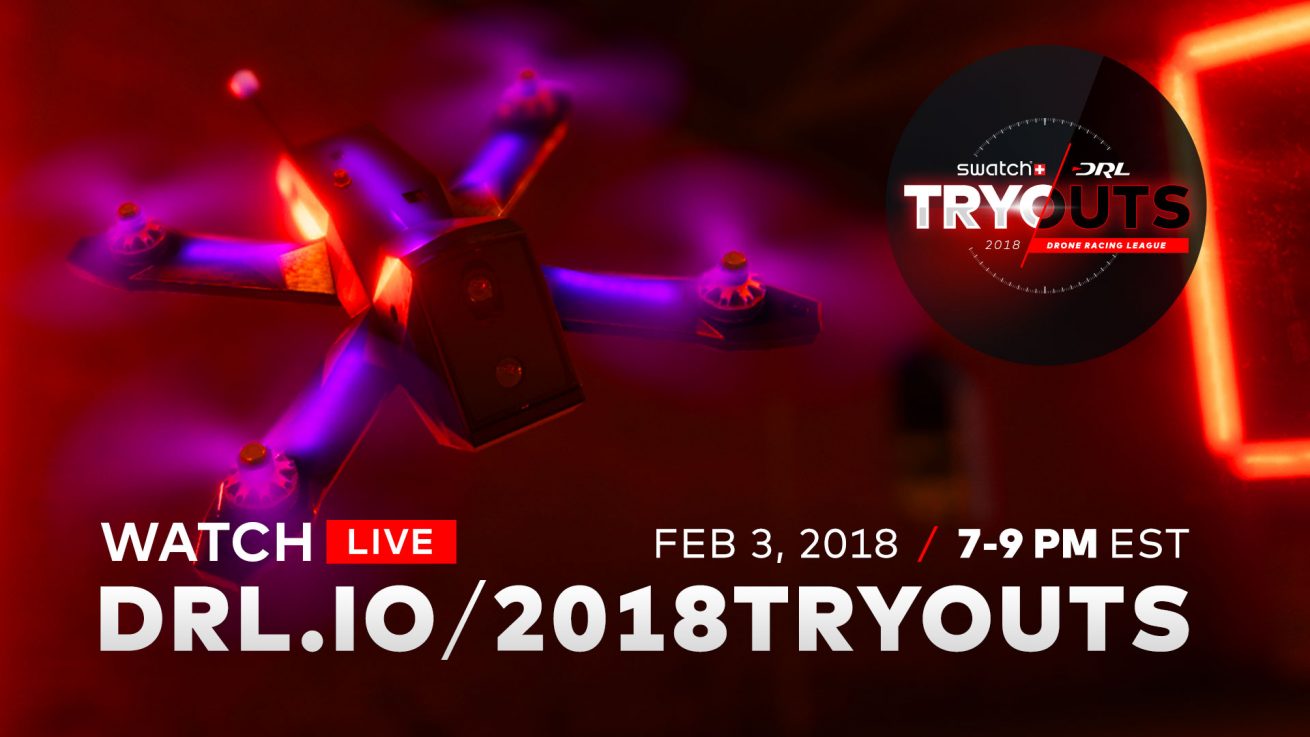 The Next DRL Pilot Will Be Decided This Weekend

After weeks of slugging it out on the DRL Simulator, it all comes down to this. Stay tuned to find out the next DRL Pilot. Find out the full schedule here!

It all comes down to this. Thousands of pilots have been putting in laps on the DRL Simulator over the past few weeks in hopes of earning that coveted $75,000 DRL contract to compete on ESPN for the 2018 season. Pilots from as far away as Australia will be coming to the Microsoft Studios in New York City, to compete in a LIVE eSports event to see which one will be the next DRL pilot. The top 24 pilots from the 2018 Swatch DRL Tryouts will compete LIVE (watch the live stream at drl.io/2018tryouts) for an opportunity at the dream of being a professional drone racer.

Here is a full schedule of events for the 2018 Swatch DRL Tryouts live eSports event:

Saturday, February 3rd, from 7PM-9PM -Live stream of the Semi-Finals, Finals, and Award Ceremony from the Microsoft Studios in New York City. Live stream can be watched here – drl.io/2018tryouts

Saturday, February 3rd, from 9:30PM-11PM – Swatch Store After Party at the Swatch Headquarters, Times Square (1535 Broadway New York, NY – limited space, first come basis). This is our chance to hang out with the pilots and to congratulate the newest DRL Pilot. Food and beverages will be available!

Tune in LIVE to watch the eSports Event

Watch along as one skilled pilot gets a chance to live their dream of being a professional drone racer. See all the thrills and spills, and cheer on your favorite pilot! Live stream of the Semi-Finals, Finals, and Award Ceremony from the Microsoft Studios in New York City. Live stream can be watched here – drl.io/2018tryouts

These are two unique opportunities to hang out with all of the pilots who will be competing for their dream job as a professional drone racer. You will not want to miss out on the chance to meet these amazing pilots. Don’t forget to head over to the Swatch Headquarters on Times Square on Friday 6PM-8PM, and Saturday 9:30PM-11PM. We look forward to seeing you there!