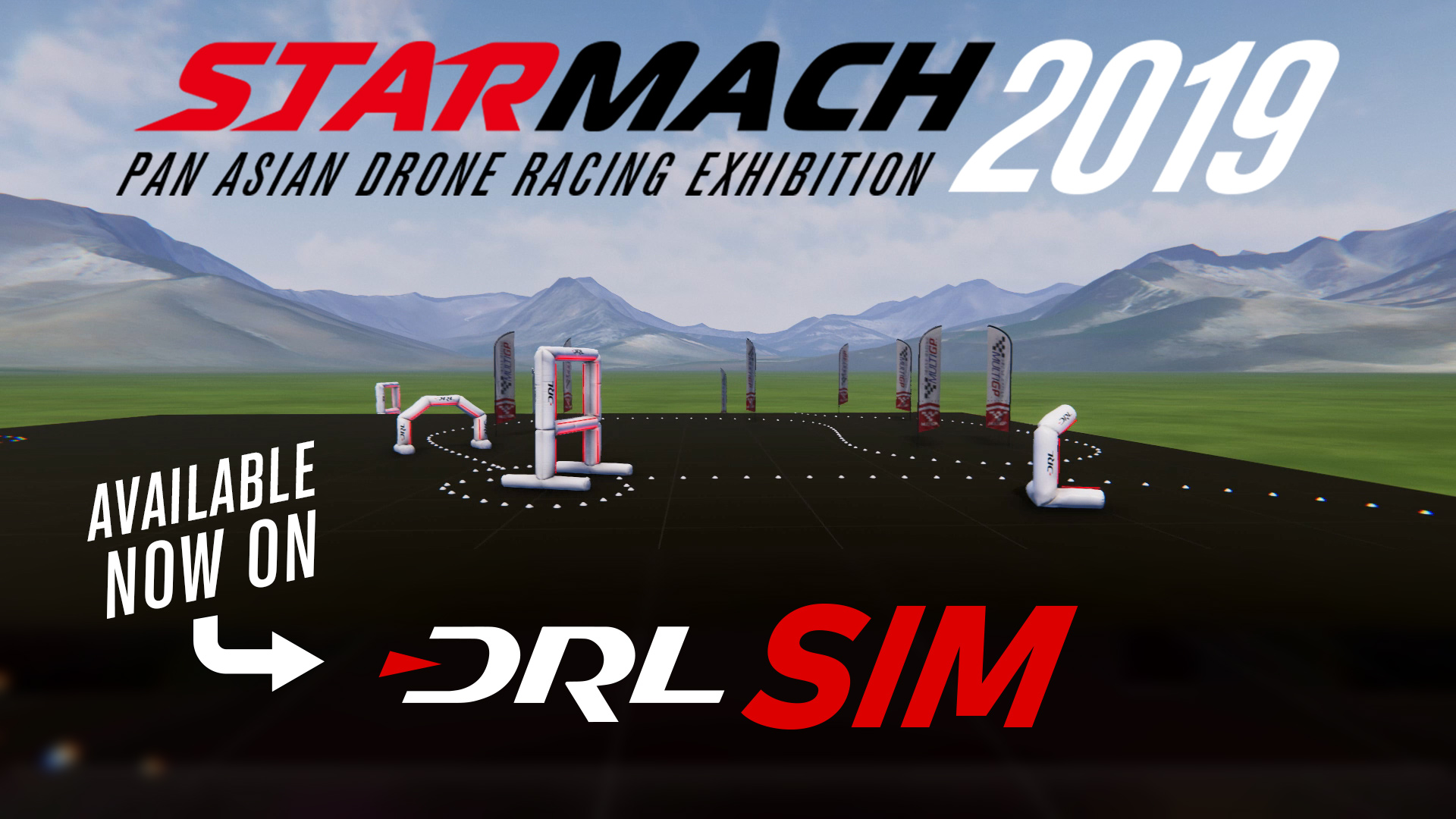 This inaugural event will feature almost 100 pilots competing for the their share of $22,500 USD in prize money, such as Min Chan Kim (MCK), Thomas Bitmatta (BMSthomas) and Young Rok Sun (RockFPV) and many more drone racing talents from around the globe.

Drone racing fans are invited to watch the livestream broadcast as it happens or watch it later on our youtube channel. With drone racing commentator Joe Scully on the mic, the MultiGP team managing the track and some of the fastest drone racing pilots in the air, it is sure to be a great race.

The championship will include double-elimination brackets or “knock-out rounds” for the Top-32 pilots, split in two groups.

The Top 16 Championship will be broadcast Saturday May 18, 2:00pm China Standard Time
(Friday May 17, 2:00am Eastern Standard Time)

Can’t wait for the livestream? You can fly the 2019 Starmach Exhibition Track right now on the DRL SIMULATOR!